Something on the lighter side?

After the success of Toy Story 3, Pixar's next sequel, sponsored by BP:
Try Finding Nemo Now!

In the "how large a brain do we need before we learn" department, there's an interesting story in the NY Times about the size of cetaceans' brains and our responsibility for these intelligent creatures (that's whales and dolphins, btw.) Go to "Save a Whale, Save a Soul."


And to round out today's offerings, the following editorial cartoon is from David Horsey of the Seattle Post/Intelligencer: 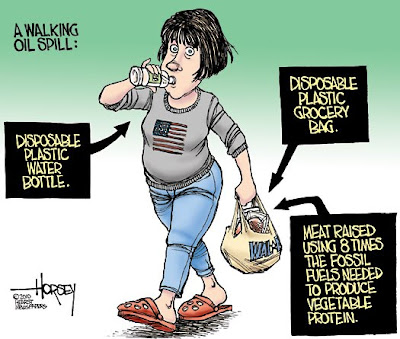