Now and then I have to get out of town and away from it all. "It all" meaning my computer, mostly. Lynn and I try to do this together once a month. We don't always, but it's worth the effort.

This time we went to Algoma, WI, to a B&B called At the Water's Edge. Aptly named, as you can see: this was the view from our window. 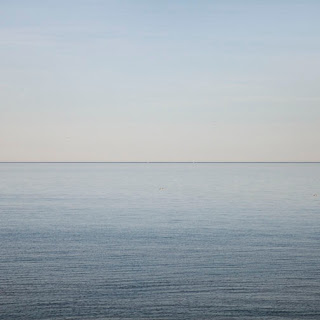 Uncharacteristically, I wrote nothing. It was very relaxing. And although I did take a few photos (obviously), it didn't feel like working.

We hiked in Peninsula State Park, which is a favorite of ours. Here are just a few samples from there. 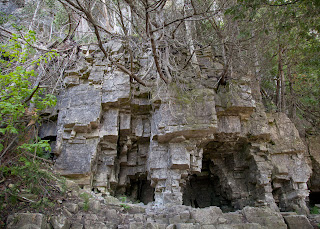 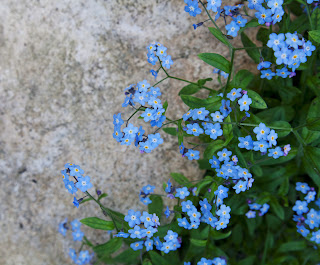 Forget Me Not. (I think.) These tiny flowers, in both blue and white, were everywhere, in small clumps and in wild profusion; among the shore rocks, as above, and under the forest canopy, as below. 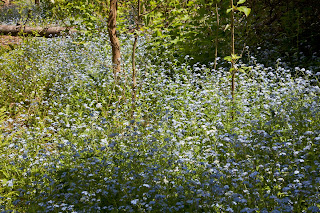 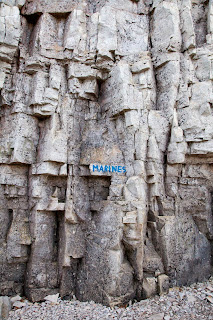