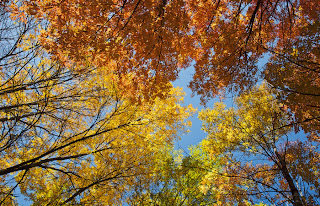 If a tree turns golden in the forest and no one is there to see it, is it still beautiful?

This philosophical conundrum is perhaps of more import than the old saw about a tree falling and making a sound. Sound waves being physical phenomena, that question is readily resolved. But beauty, being in the eye of the beholder--so it is said--well, that is a question of another order entirely.

Personally, I am satisfied to know that trees turn yellow, red, orange, and brown, whether or not I am around to witness the event. It is all beautiful because it is part of the cycle of life and necessary to a healthy biosphere. On the other hand, I want to be out there to see it!

A more humorous, if perhaps cynical, version of the question might be: If a tree turns golden in the forest and no one is there to photograph it, is it still beautiful?

If I go out without a camera, how will I know I have seen anything? This question was put in my mind rather forcefully today, when I did go out and I did take quite a few pictures that I thought would be beautiful only to discover that there was no memory card in the camera. Yes, it can happen to digital cameras, too!

I had to laugh. What else is there to do?

I also put a in memory card (having several in my bag) and kept shooting. 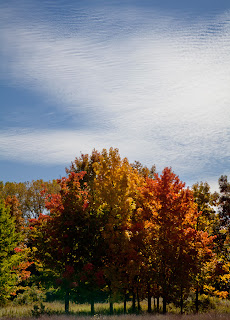 Here's another thought: If a tree falls in the city and no one gives a damn, is there any hope for the forests? 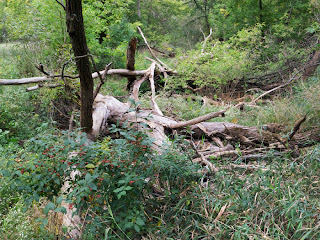 I love to see trees fallen in the natural areas of the parks. They are signs that urban wilderness is more than a metaphor.

Have you looked at the rivers lately? The water levels are lower than I ever remember them being. The summer's drought is still having an effect. On a recent walk along the Menomonee River Parkway in Wauwatosa, I was able to cross the river at several places by hopping from stone to stone.

Beyond the Canvas in the Menomonee Valley


It is billed as a "non-traditional plein air event" and called Beyond the Canvas to indicate that participating artists may use a wide variety of media in addition to painting, which is usually associated with plein air--traditionally outdoor, on-the-scene--methods.

What a great idea! Art and the environment. I've been out in the Menomonee Valley, one of my favorite places, for the past several days, shooting and creating photographs for the event. The annual contest and exhibition is sponsored by MARN, the Milwaukee Artist Resource Network.

All of the above activities will take place at the
Pedal Milwaukee Building, 3618 W. Pierce Street 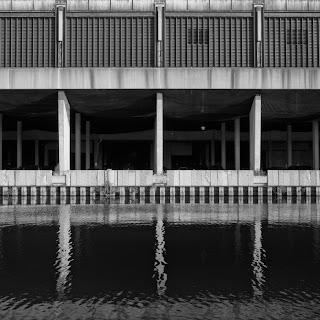 This is the first of a suite of 12 images of the Menomonee Valley that I shot for Beyond the Canvas 2011. The handmade book, called "Palimpsest," that I created from them won the first place prize in the Photography category last year. To see the whole suite go to my website and choose the Palimpsest portfolio from the drop down menu.