This story was first published (edited and with fewer photos) as a column for Milwaukee Magazine with the title, A Bullseye View: A Milwaukee County park on Lake Michigan may be threatened by a Cudahy gun club’s new shooting range.

A persistent, hollow rat-a-tat-tat echoed from somewhere unseen, deepening the woods. Clearly a woodpecker; seemingly a large one. Then, close by, a lighter tapping drew my eye upwards. Short bursts, like stitching, repeated at irregular intervals. A small black and white downy woodpecker flitted along the tree line next to the trail. Suddenly it was directly overhead, tapping a dead branch. In a moment it was gone. Wildlife enthusiasts live for such ephemeral moments. 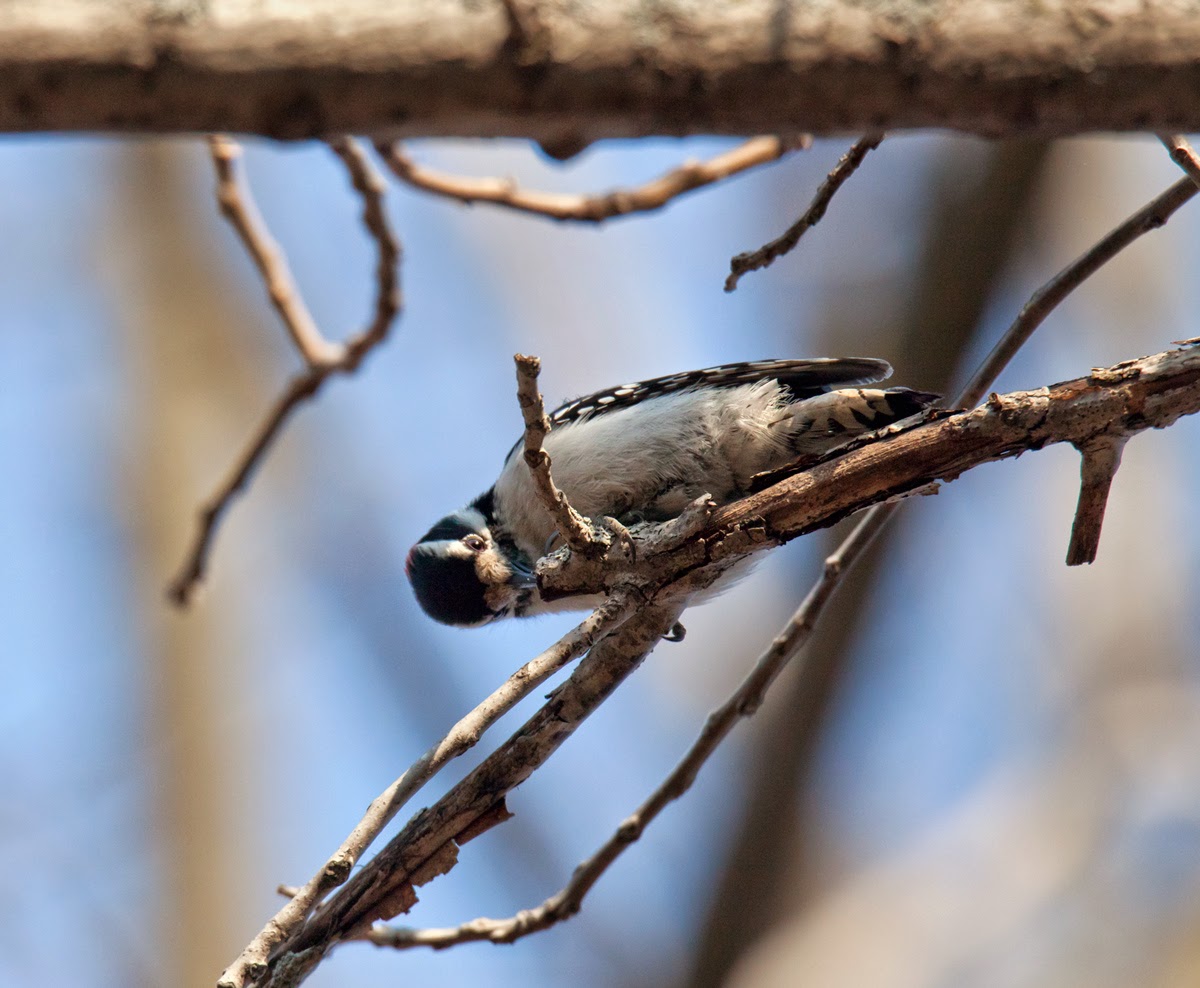 I had come to Warnimont Park in early April with my friend Karen Johnson, a birder who—unlike me—can tell a downy woodpecker from a red-bellied one just by the sound it makes. We continued along the bike path, listening, looking for movement amongst the trees, bright with morning sun but still gray and leafless in the lingering Wisconsin winter. The light, lively chatter, Karen said, was mostly chickadees that have been around all winter. Their bright chirps vary from a high-pitched, serene “sweet-tee” to the occasional, more urgent “chick-a-dee-dee-dee” for which they are named. 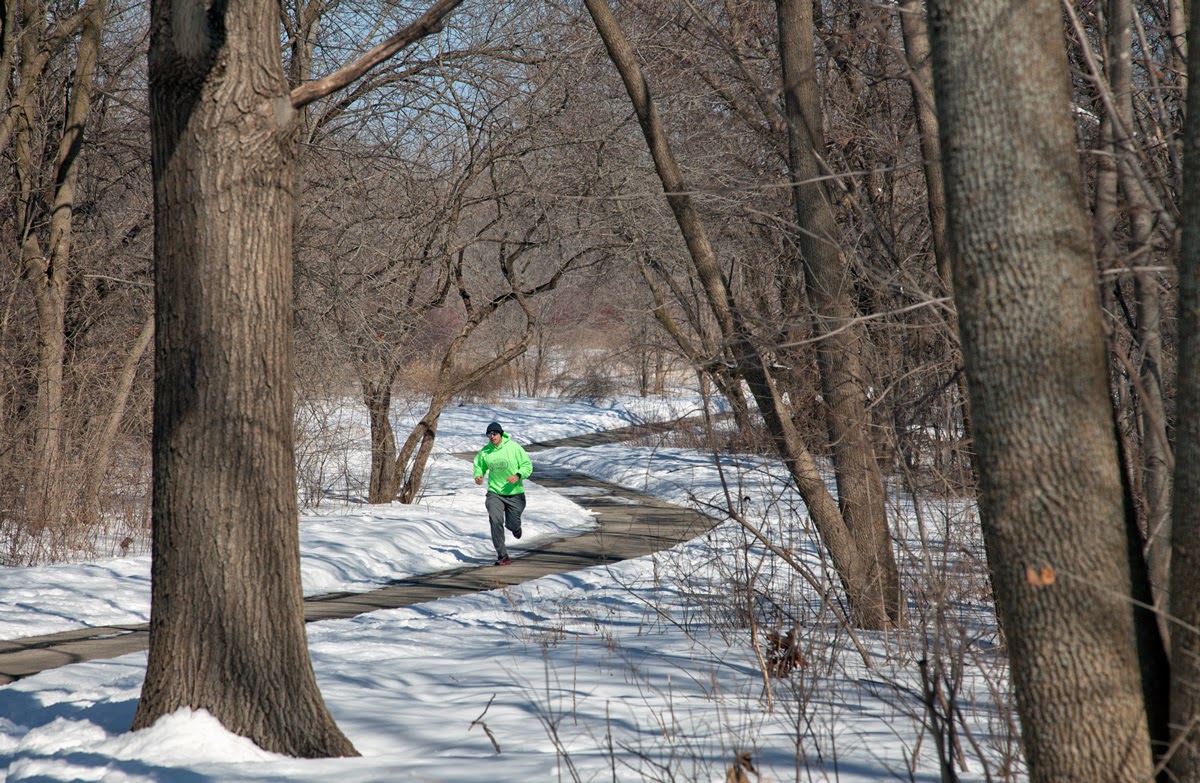 Although it is early in the season we were hoping to hear and see a few of the migrating birds that congregate in Warnimont on their annual trek north from distant wintering areas. We have two reasons for coming to this particular park. The relative wildness of the middle section of the park along with a diversity of habitats make it one of the premier locations in Milwaukee County for birders. For my part, I wanted to see what might be lost if a controversial plan to create a shooting range in the middle of it is approved. 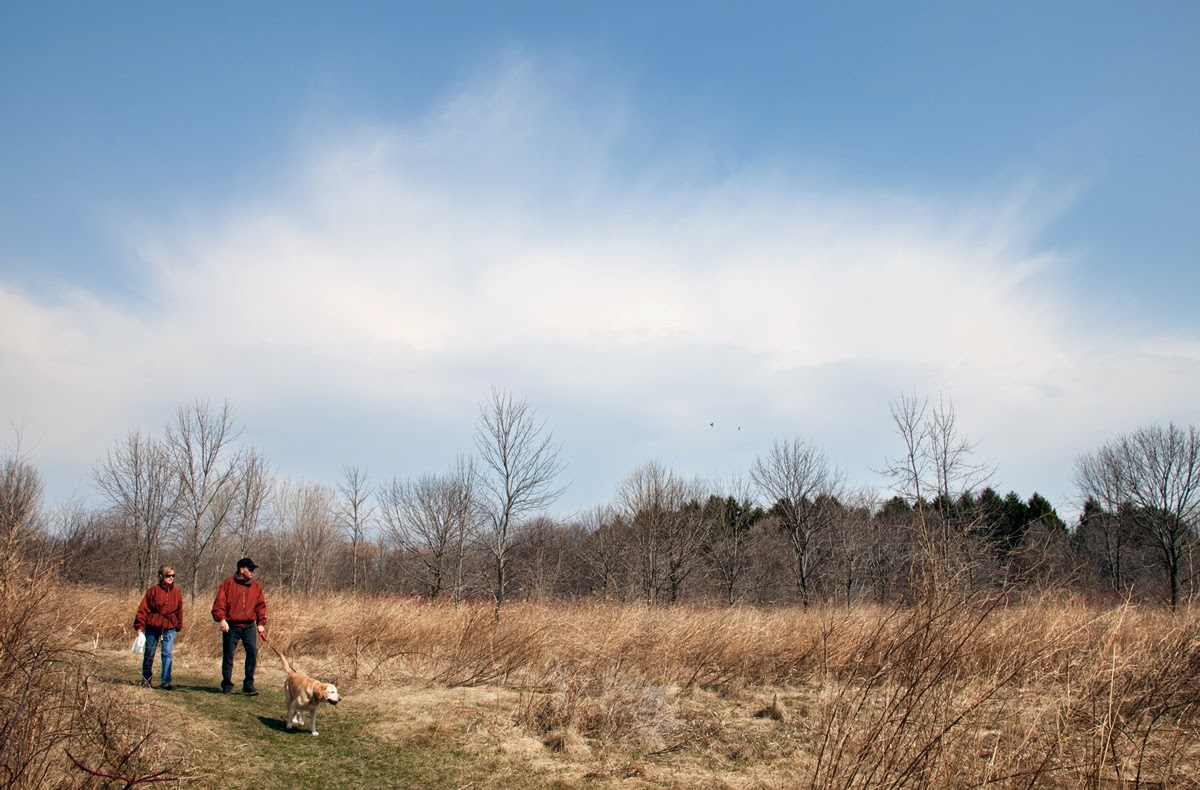 At its north end, next to Warnimont Golf Course, the park currently has a shooting range that is slated to close. Operated by the 83-year old Cudahy Sportsmen’s Club (CSC), the range has been used for decades by gun-owners and, occasionally, by local law-enforcement. It also has been a magnet for controversy. Its bluff-top location causes lead shot to be deposited into Lake Michigan, a serious hazard to aquatic wildlife as well as a violation of both the federal Clean Water Act and Resource Conservation Recovery Act. As a result, the Milwaukee County Parks Department finally terminated the CSC’s lease in November, 2014. 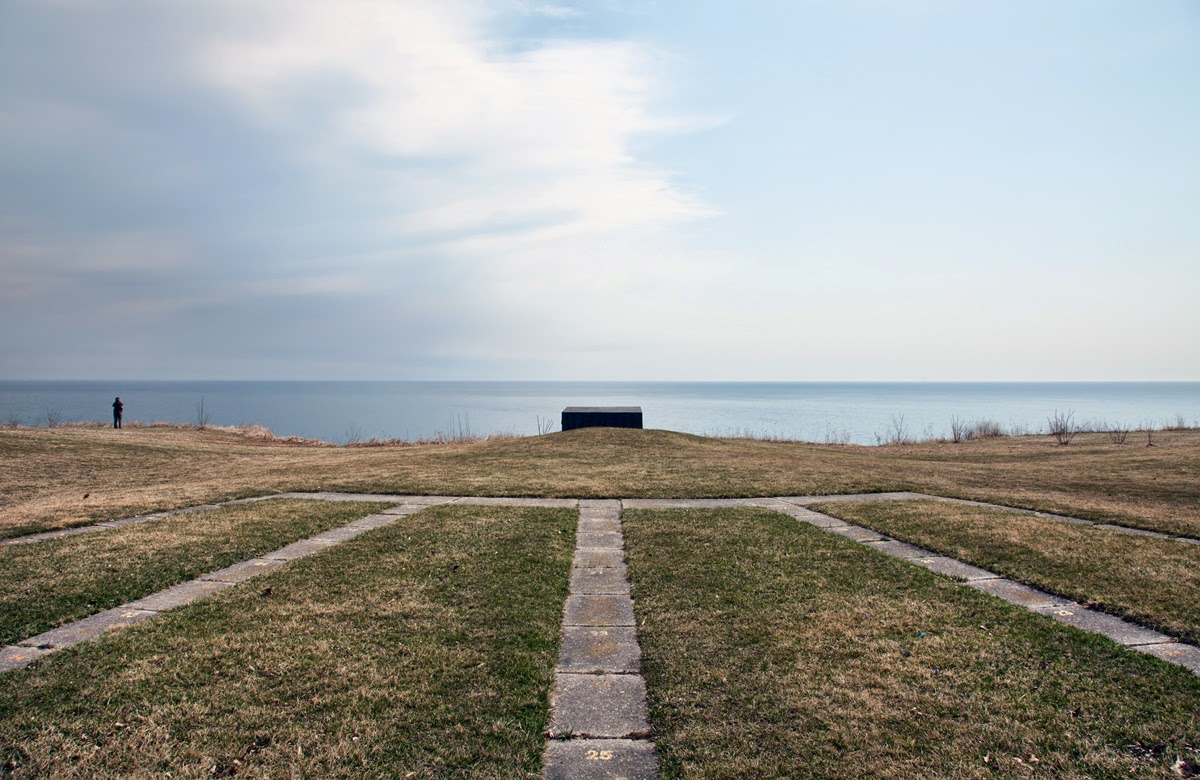 When it faced identical circumstances, the Milwaukee Gun Club, once located on the lakeshore at the north end of Lincoln Memorial Drive, was compelled to close in 1992. At Warnimont, the Parks Dept. granted the club a one-year extension, allowing operations to continue with the stipulation that steel be used instead of lead shot. But a new controversy looms over the club’s plan to relocate. 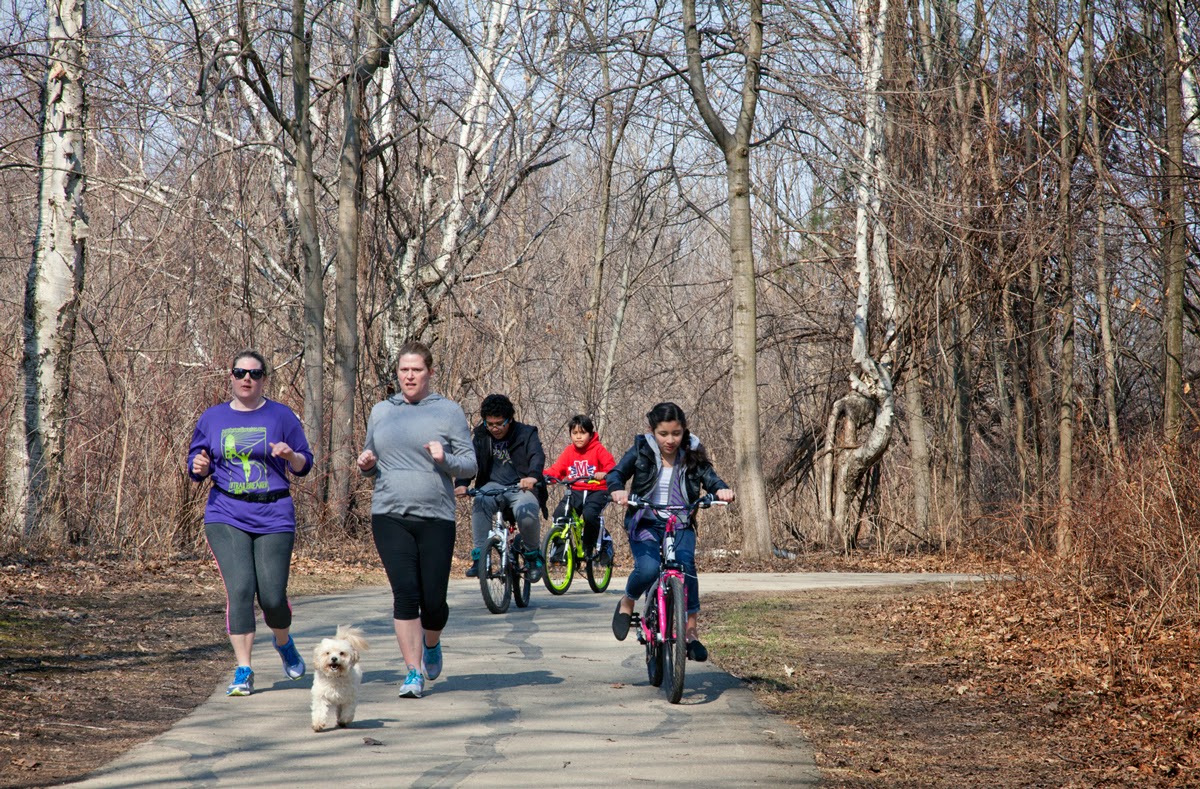 Karen and I continued to walk along the winding Oak Leaf Trail. She abruptly raised her binoculars to identify a small, yellowish shape that shot across our path. A golden-crowned kinglet, she tells me with relish, an early migrant. The woodland thins and opens into a broad meadow dotted with low shrubs. Joggers and cyclists swerve around us on the trail. 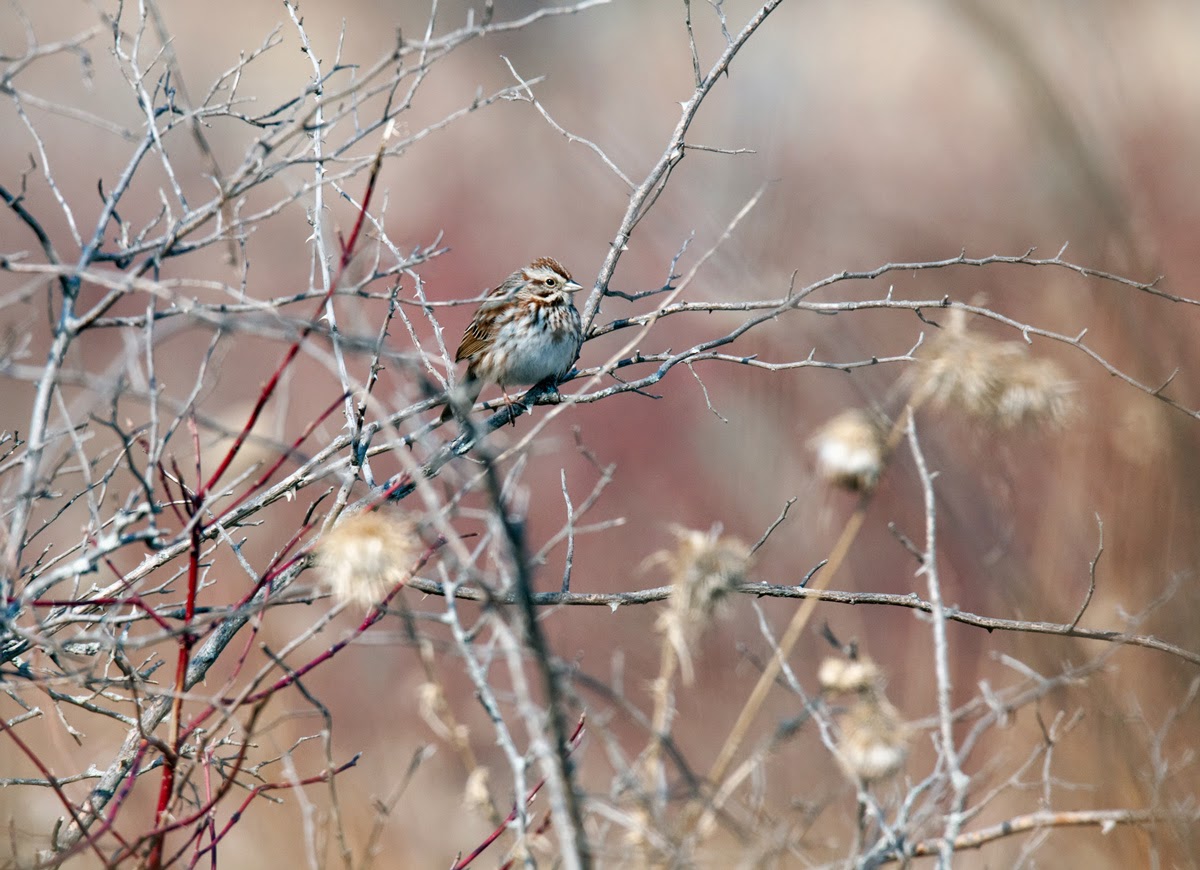 We head off into the meadow on a dirt path, following a stuttering call that Karen identifies as a song sparrow. Before long we are doubly rewarded. We spot the song sparrow among brambles and then farther along a dark-eyed junco perched atop a leafless bush. 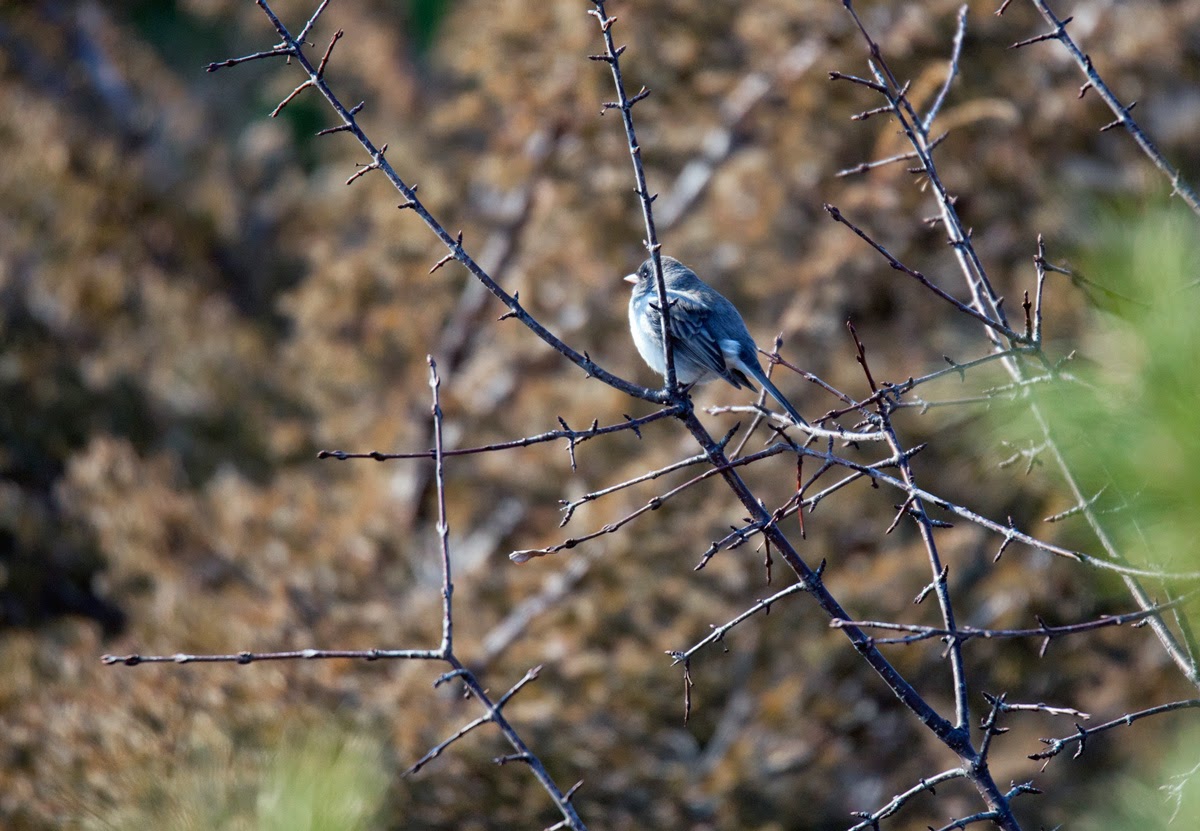 Individually, the woodland and the meadow provide excellent cover and distinct habitats for a wide variety of local and migrating birds. Together, however, they create a remarkably diverse ecosystem, one that’s hard to match in Milwaukee County. The convergence of two habitats, such as the woods and the meadow, creates what naturalists call an ecotone or a point of transition. The mingling of species that occurs in an ecotone makes for a particularly rich environment for wildlife. This is what draws so many birders to Warnimont. 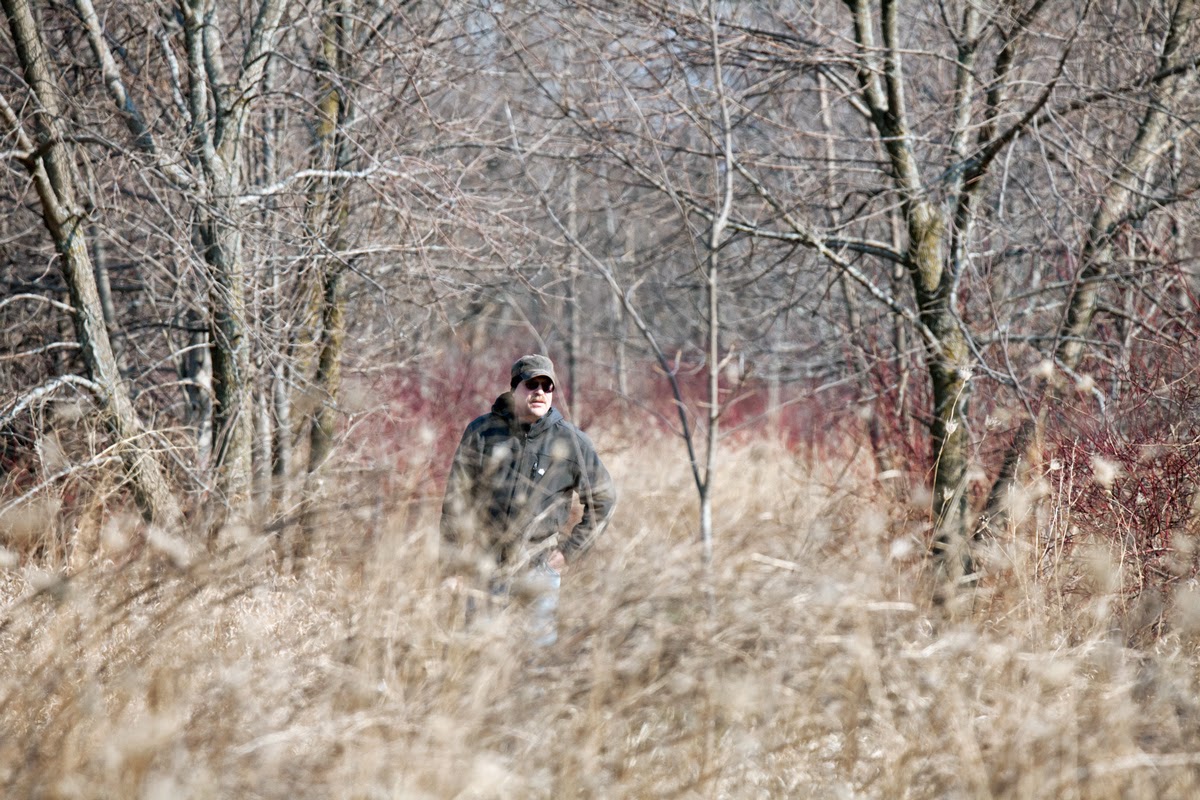 The Cudahy Sportsmen’s Club would like to create its new shooting range smack in the center of this county park’s exquisite and irreplaceable natural area. According to CSC president Tom Ahmad, the design of the range would include six trap and skeet machines, a tall shot curtain and an earth berm between the range and the bluff. Also, unlike the current range, a chain-link fence would surround the new one. The curtain and berm are necessary to protect off-road cyclists, hikers and dog-walkers who frequent the bluff-top path. They also would facilitate clean up of plastic shot wads and broken clay targets, which has been another point of contention at the current site. Bright, often toxic fragments of targets litter the steep, deeply eroded escarpment and plastic wads drift onto popular beaches below. 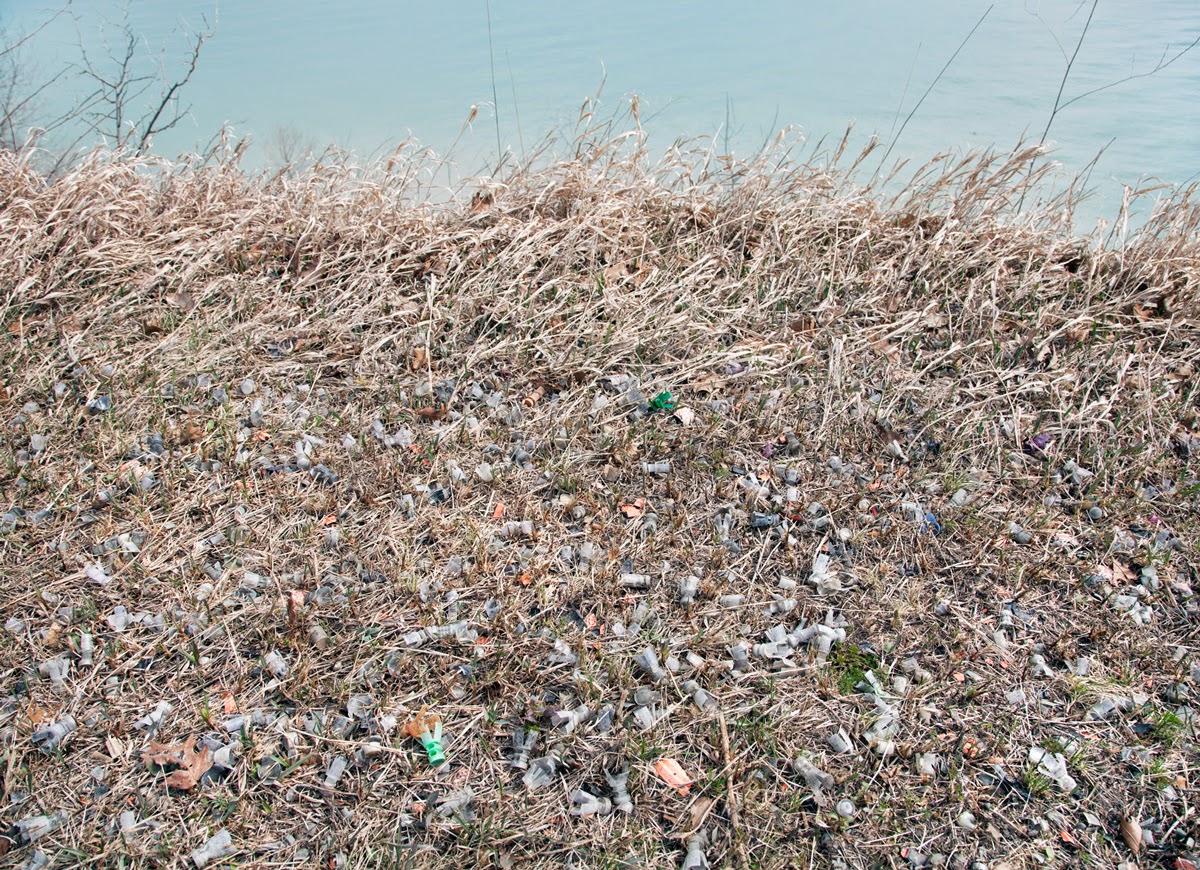 To the untrained or utilitarian eye, a meadow in a park might seem like the ideal place to develop—unruly grass in an already open space. That’s one of the reasons upland meadows and prairies are among the most endangered habitats in the country. But many bird species require precisely those conditions. Its proximity to the Lake Michigan flyway makes Warnimont Park especially attractive to seasonal migrants. The prospect of bulldozing this exceptional landscape—a jewel in Milwaukee County’s park system—has ignited passionate opposition. 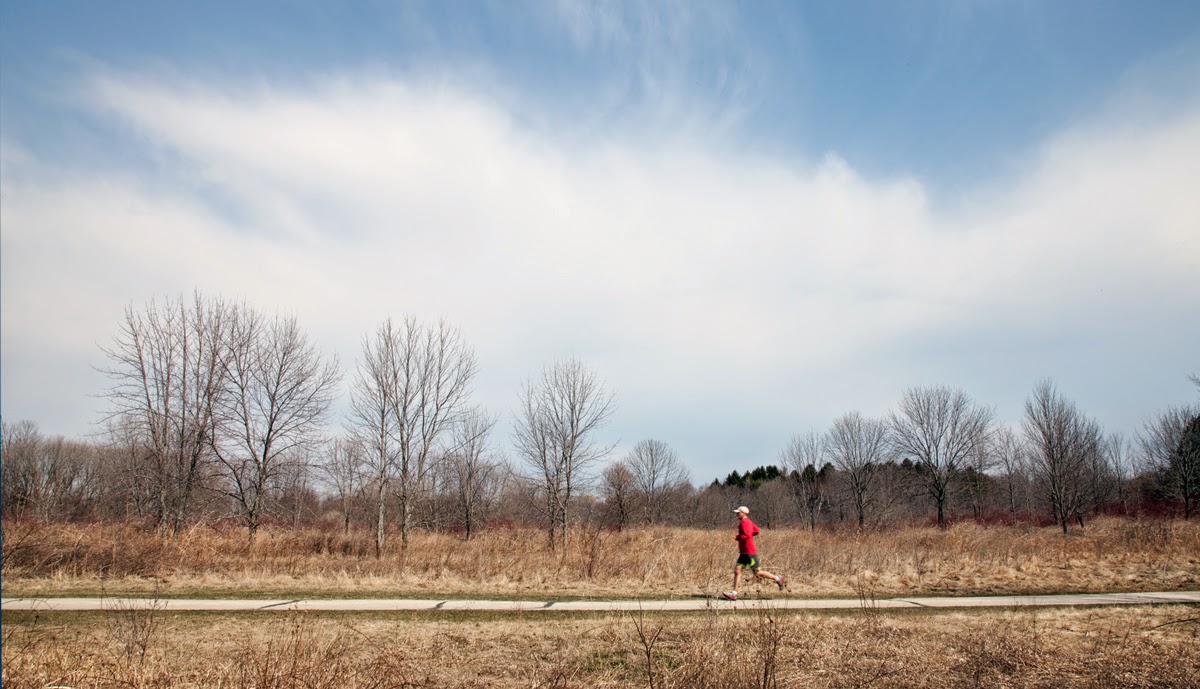 Members of the local chapter of the Audubon Society are incensed. The chapter has posted a petition online opposing the proposed location of the shooting range, addressed to County Supervisor Jursik, whose jurisdiction includes Cudahy. The petition has over 500 signatures. And birders are not the only vocal opponents.

Jursik says that she has received calls from people opposed to the proposal “for all kinds of reasons.” Park neighbors are alarmed that the already disturbing noise of shooting would be moved closer to homes near S. Lake Dr. Aurora St. Luke’s South Shore Hospital on S. Lake Dr. is “very concerned” about it, Jursik says. 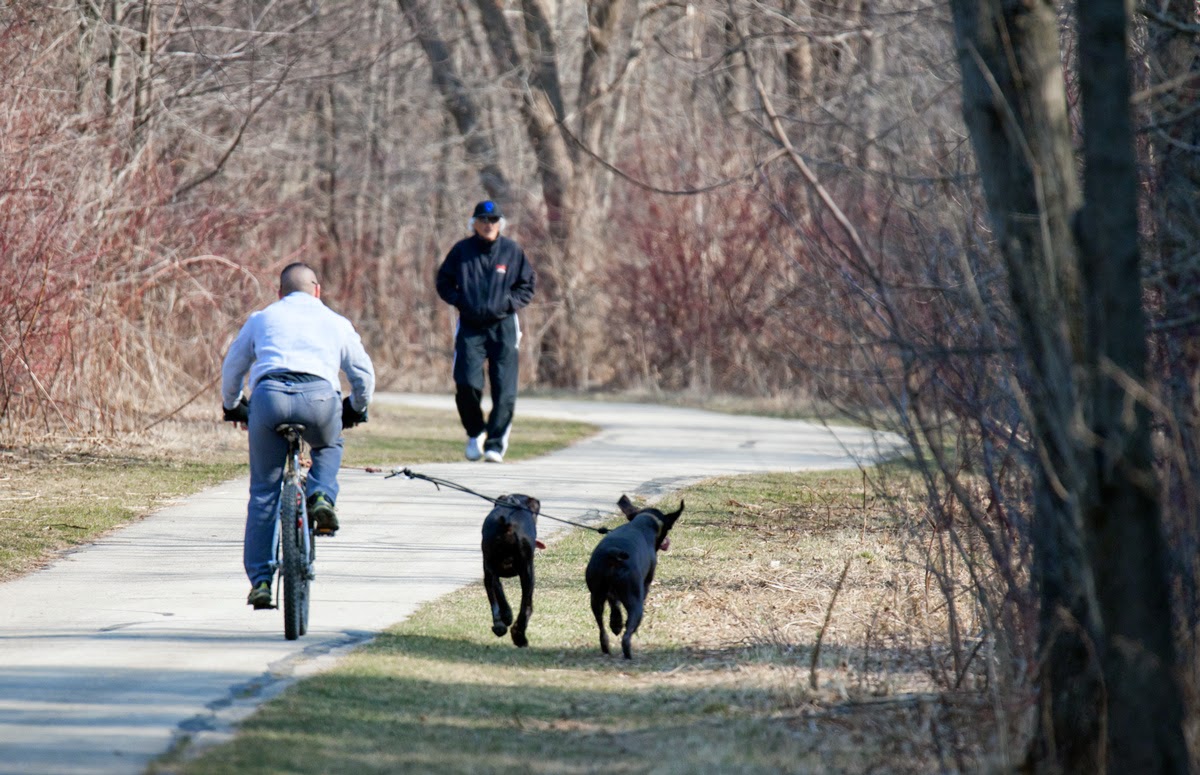 The gun club proposal, which has not yet been formally submitted, would clear cut a very sensitive ecological area of mixed conifers, hardwoods, and meadow—and one of the highest points on the western shore of Lake Michigan. It also would move the heavily used Oak Leaf Trail away from the rugged scenery along the bluff to a new route adjacent to S. Lake Dr. thus diminishing the recreational experience. The vast majority of those users have not heard of the proposal and therefore have not weighed in on the controversy. 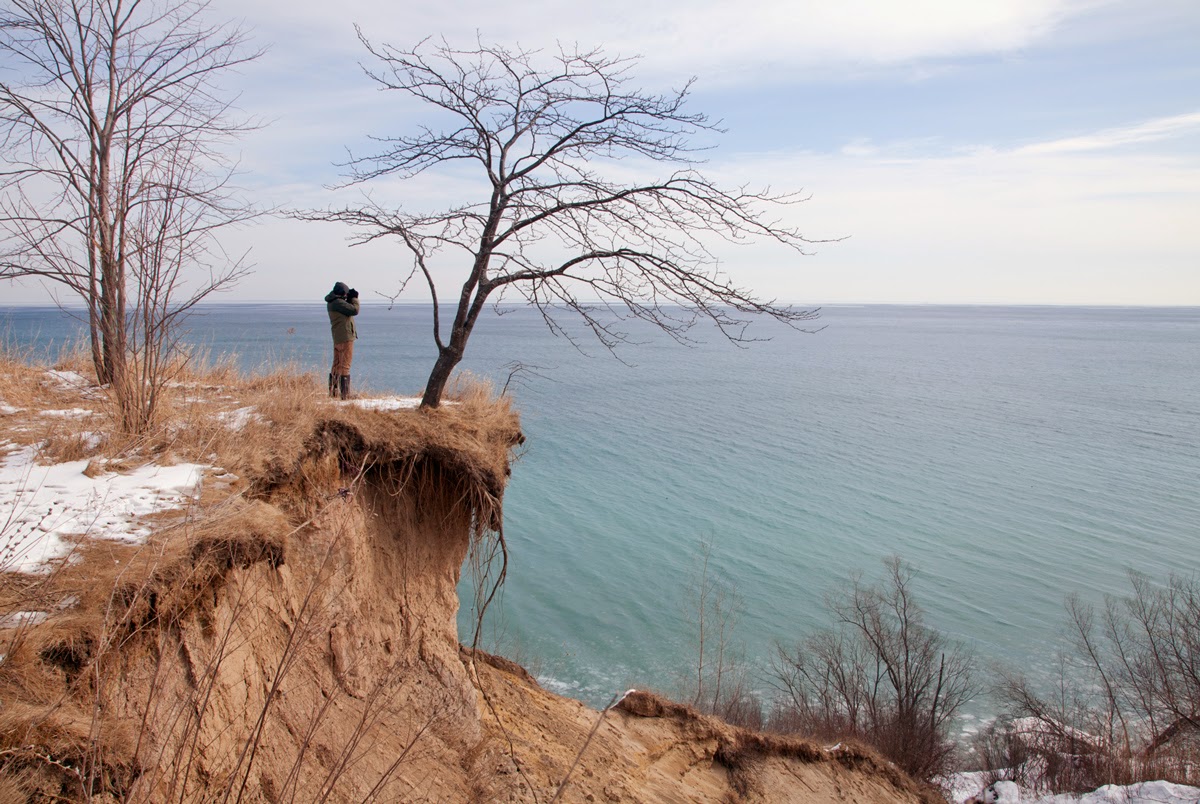 Gun club members have framed their position as a gun rights issue. “This is totally false,” says Jursik. “It has nothing to do with second amendment rights.” The issue is appropriate land use in a beautiful public park.

When the plan was first announced the club mounted a highly visible public relations campaign to muster support, enlisting the aid of talk radio. After an initial flurry of calls from club supporters, says Jursik, “in the last 2-3 months, all of my calls have been in opposition.”

Milwaukee County is under no obligation to provide a place for the gun club, according to Guy Smith, chief of operations for Milwaukee County Parks. The club has other options on private land. Jursik says the Winchester Gun Club in Racine is willing to accommodate them.

Parks Director John Dargle expects a decision to be made by June, 2016, once a detailed proposal is submitted and after engineering and environmental impact studies and public hearings are completed. 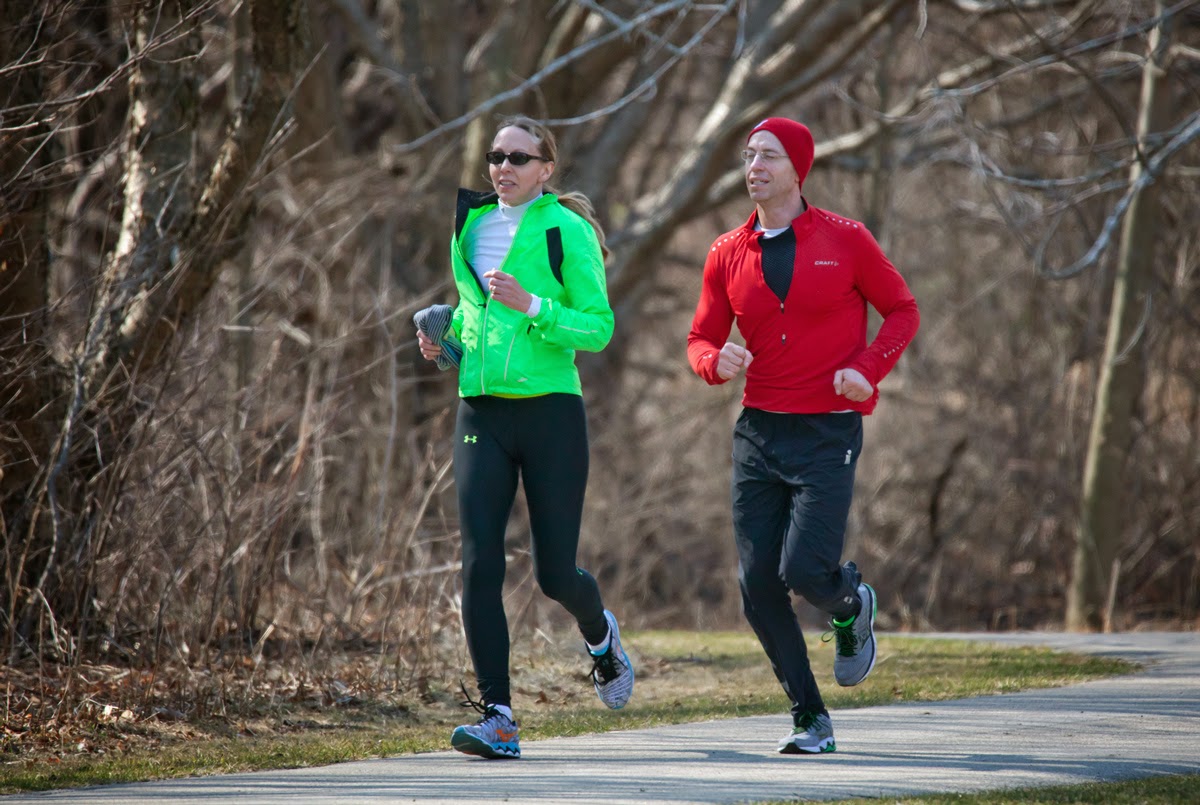 Although I’ve cycled through Warnimont on the Oak Leaf Trail many times, I had never stopped to explore it until I learned of this issue. In the past month I’ve returned several times. I’ve seen the snow melt away and the first blush of spring buds begin to green the woodlands. Thanks to several members of the Audubon Society I’ve seen a wider variety of birds than I knew existed—and heard many more that went unseen. I’m looking forward to May when the buds will have opened, grasses will have greened, and a full array of migratory birds will arrive. 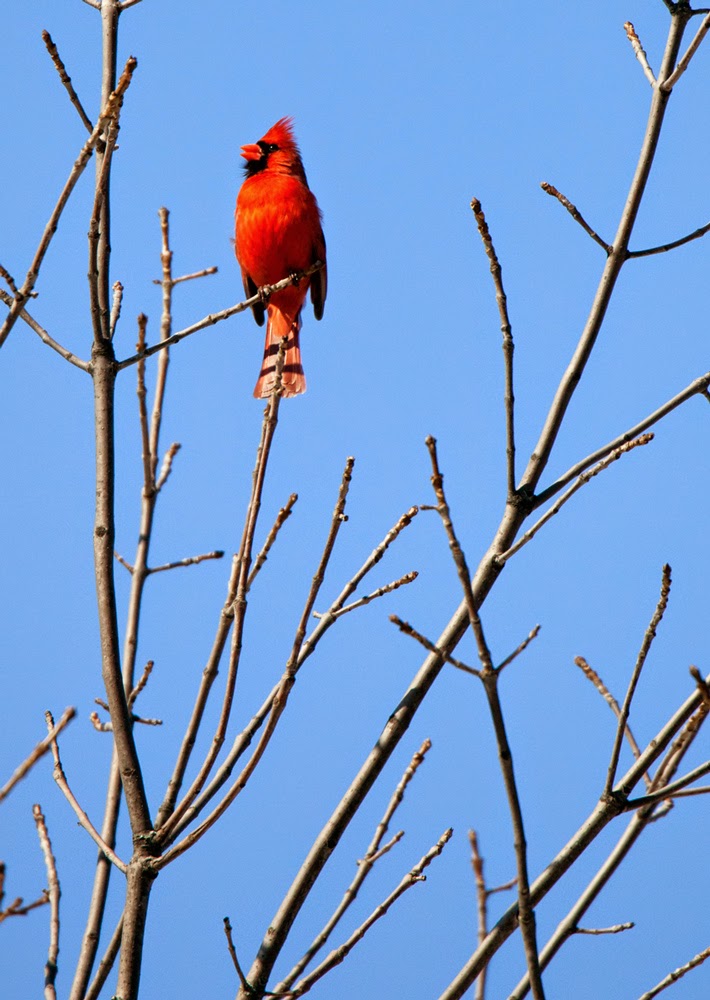 For more photos (along with captions) from Warnimont Park, click here.
Posted by eddee at 7:19 AM 1 comment:

Earth Day: A community cleans up the KK