The sleek glassy aesthetic of modern cities has proven to be a fatal kind of urban wilderness for birds, which have a hard time distinguishing between safe open sky and reflective glass. Migratory songbirds unfamiliar with local settings are especially at risk. (Birds that have adapted to urban settings, like pigeons and gulls, rarely crash into buildings.)


A recent article in the New York Times highlights the problem in Toronto, which is considered "a top contender for the title" of "the world’s most deadly cities for migratory birds."

It is hardly a small problem. The article states that the founder of a Toronto non-profit, the Fatal Light Awareness Program (FLAP), which rescues injured birds and cleans up carcasses, "once single-handedly recovered about 500 dead birds in one morning."

Toronto may hold the dubious if unofficial honor of heavyweight champion when it comes to killing birds, but it is hardly unique. The website of the Wisconsin Bird Conservation Initiative states, "It is estimated that between 100,000,000 and 1 billion birds are killed annually in North America by collisions with buildings – primarily by collisions with windows.  Of all birds that collide with window glass, more than 50% of these experience head injuries and die outright.  An additional unknown number receive injuries that may lead eventually to death."

If it were common knowledge that we kill nearly a billion birds each year, wouldn't we do something about it?

In Milwaukee, a group called "Wings" (for Wisconsin Night Guardians for Songbirds) does work similar to FLAP in Toronto. Wings is a program of the Wisconsin Humane Society. The program depends on volunteers. Check out their website to see how you can help.

But the only sustainable solution to the problem lies in the buildings themselves. According to the Times article, public policies, new building codes, and retrofitting existing reflective glass windows are just beginning to catch up with this reality. 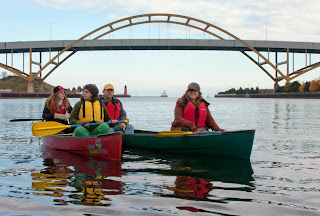 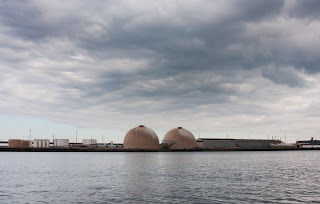 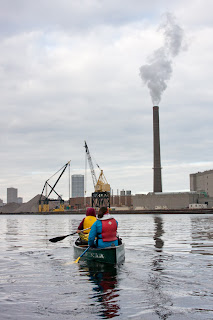 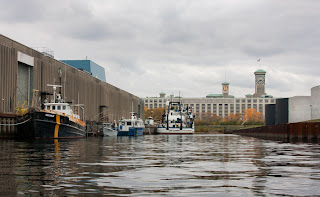 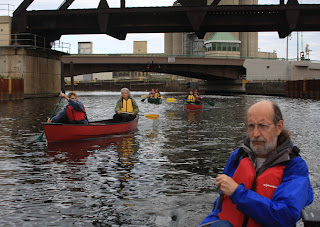 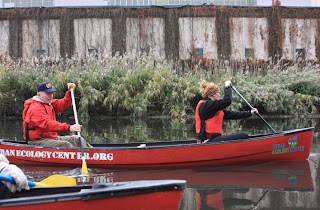 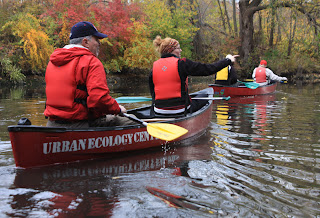 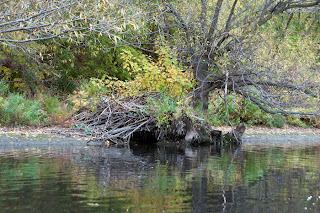 The High Line: Good and Bad

The early 70’s were a heady time for nature-lovers. The first Earth Day was in 1970. I remember that early energy of what became known as the “environmental movement.” We had marched for Civil Rights; we had protested the Vietnam War. Now we were going to save the earth. And do you know what? A lot of good came from that energy. The Clean Water Act is one of the highlights.

October 18 marks the 40th anniversary of the passage of the Clean Water Act. Last night at Discovery World, Milwaukee Riverkeeper hosted an anniversary party to celebrate the enormous positive impact that this legislation has had. As a former Milwaukee Riverkeeper board member I’ve been to many of their annual fall “River Bashes” and this was the most well attended one that I can recall.

Todd Ambs, director of the national River Network, was the guest speaker. His talk focused on both the progress that has been made since the 1972 passage of the act and on the many challenges that we still face. You can read his “40 thoughts for 40 years” on the River Network website.

We are at a critical moment and the “environmental movement,” despite its indisputable success, has been vilified by a surprisingly large segment of an increasingly polarized populace. (In 1972 a bipartisan Congress overrode Nixon’s presidential veto to pass the Clean Water Act.) Ambs commented on the perceived negativity of the environmental movement, using the Civil Rights Movement as an example. He said that when Dr. Martin Luther King made his most famous speech in 1963 he didn’t call it “I have a complaint.” We in the environmental community often have been guilty of predicting gloom and doom. But it doesn’t take long to become either despondent or antagonistic in the face of unrelenting bad news. We can’t afford to emphasize problems without simultaneously celebrating successes. We must hold up our dreams for the earth instead of our complaints.

Ambs quoted Carl Sagan: “Anything else you're interested in is not going to happen if you can't breathe the air and drink the water. Don't sit this one out. Do something. You are by accident of fate alive at an absolutely critical moment in the history of our planet.” 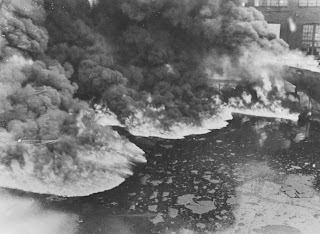 One of the literal sparks that ignited the Earth Day movement and motivated Congress to pass the Clean Water Act was the burning of the Cuyahoga River in Cleveland, OH in 1969. In fact, it had caught fire many times over many preceding decades. As Ambs pointed out, rivers no longer catch fire in the U.S., thanks largely to the Clean Water Act. He didn’t go on to add that now, unfortunately, tap water has begun to catch fire instead due to groundwater contamination by the oil shale fracking industry. (If this is news, check out the sobering movie, Gasland.) There is still work to be done. 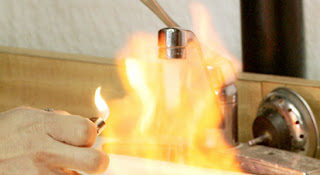 My dream is for my children and grandchildren -- and their compatriots in other parts of the world -- to have safe and secure drinking water, fishable and swimmable rivers and lakes, and an unabashed love of nature, even if they live in densely populated cities as so many must.

Taking care of our planetary home also will benefit everyone's bottom line. Another Ambs quote, from former WI governor Gaylord Nelson, the founder of Earth Day: “The economy is a wholly owned subsidiary of the environment.”

For more information on the Clean Water Act and the 40th anniversary, go to the Office ofManagement and Budget website or to an article in the Huffington Post. 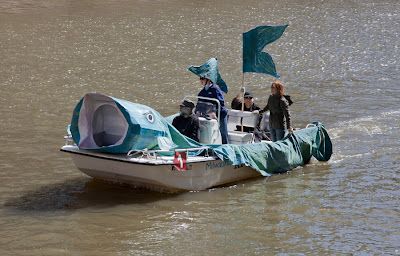 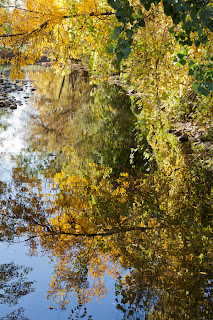 A view of Cedar Creek running through Cedar Creek Park in Cedarburg.
Posted by eddee at 7:35 AM No comments:

Is this a whole new interpretation of urban wilderness? Bio-engineers are experimenting with life forms, even with the creation of life. Is this the salvation of humanity or something much darker? Where will it end?

The story is fascinating, even entertaining, despite its creepiness and moral dubiousness, when told by Radio Lab:

"In a world where biology and engineering intersect, how do you decide what's "natural"?

Biotechnology is making it easier and easier to create new forms of life, but what are the consequences when humans play with life? We travel back to the first billion years of life on Earth, take a look at how modern engineers tinker with living things, and meet a woman who could have been two people." 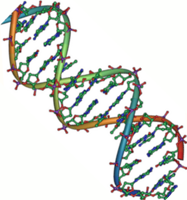 Download the podcast:
(So-Called) Life.
It's worth a listen.
Posted by eddee at 1:05 PM No comments: