For many people, myself included, this is the best time of the year. But let’s face it. Autumn 2017 in Milwaukee has been disappointing. Blame climate change or natural variability but it was unusually mild early in the season. While that’s hard to complain about as the prospect of another Wisconsin winter nears, it seems to have dulled the colors. Many tree species, oaks in particular, seem to have gone directly from green to brown. Others have remained green far longer than normal. Some, like the maples, were finally turning as the calendar went from October to November.

I finally found a few brilliant sparks amid the embers of the season but it was more challenging than last year. Here is a selection of five area parks that I visited recently. Two of them—Holy Hill and Greenfield Park—are old favorites, worth revisiting often. The other three were new to me: Glacier Hills in Washington County, Vernon Wildlife Area in Waukesha County, and Noyes in Milwaukee. If you act quickly, you too may still be able to capture a little of the fading glory of autumn.

Here is just one of the photos from each of the five parks included in the story: 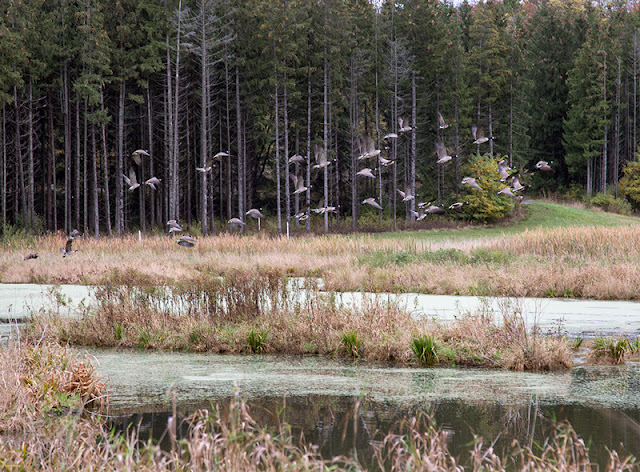 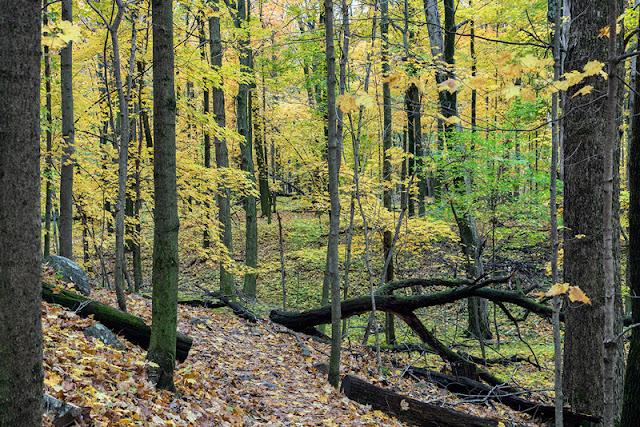 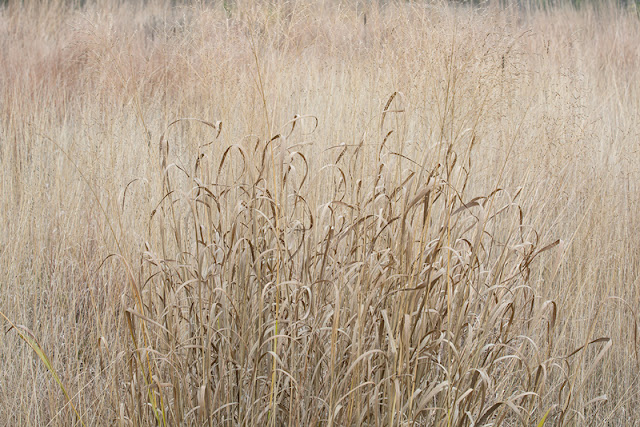 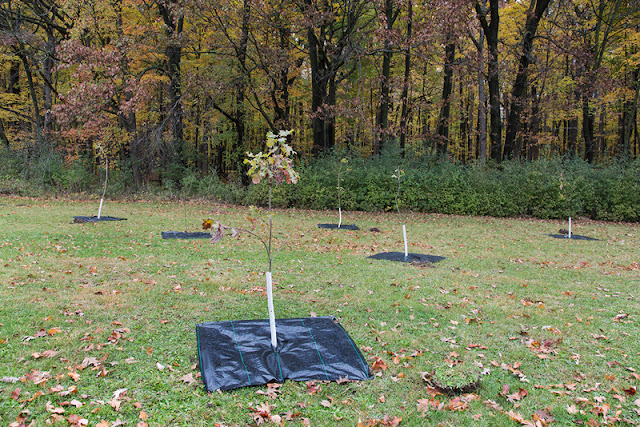 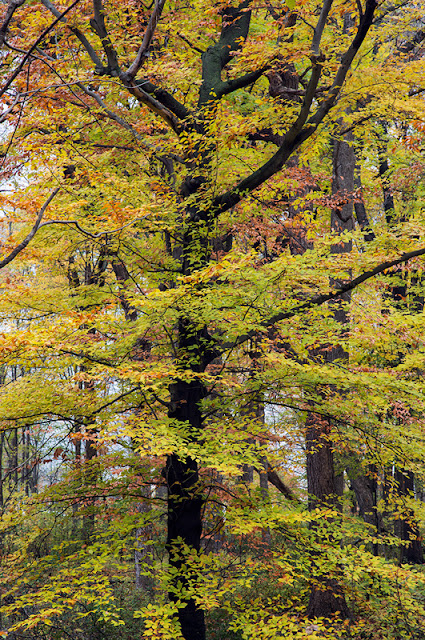 Sanctuary Woods at the Milwaukee County Grounds gets national recognition 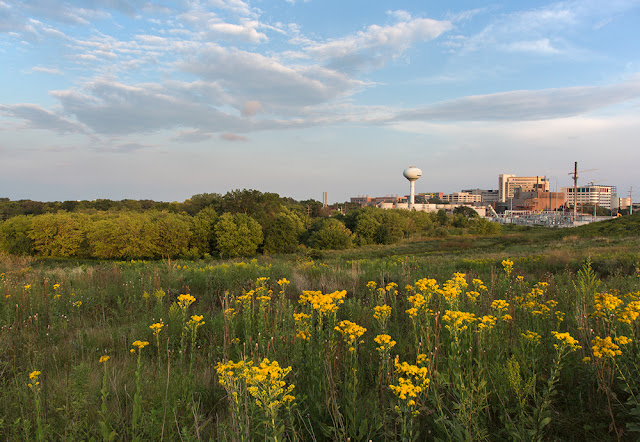 Sanctuary Woods in Wauwatosa has attracted a lot of attention over the past year as concerned citizens reacted to a controversial plan to develop portions of it. As of today, that attention has gone national for the first time. This morning The Cultural Landscape Foundation, a prestigious non-profit organization based in Washington DC, unveiled its annual call to action in support of important places it considers threatened. Following a rigorous application, jurying and vetting process, Milwaukee County’s Sanctuary Woods has been included among 13 at-risk landscapes from all over the country. 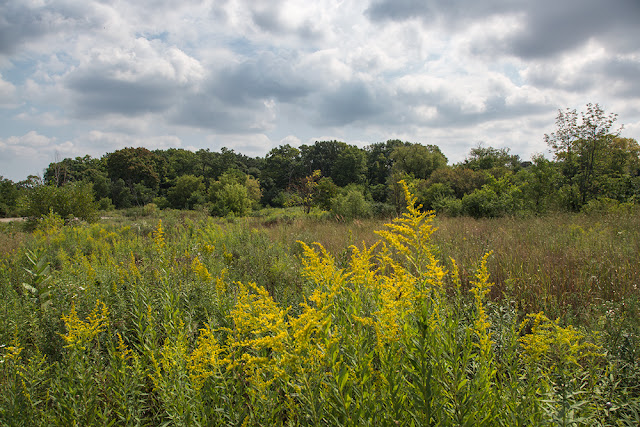 The mission of The Cultural Landscape Foundation (TCLF) is to connect people to places, to educate and engage the public “to make our shared landscape heritage more visible, identify its value, and empower its stewards.” One of the ways the foundation does this is through a program it calls Landslide: Open Season on Open Space, which draws attention to threatened places. The purposes of Landslide are to reveal the value of identified places, to highlight and monitor at-risk landscapes, and to save our heritage for future generations. This year Sanctuary Woods shares the Landslide spotlight with 12 other new entries that range from a tiny pocket park in Manhattan to the million-acre Boundary Waters Wilderness Area in Minnesota. 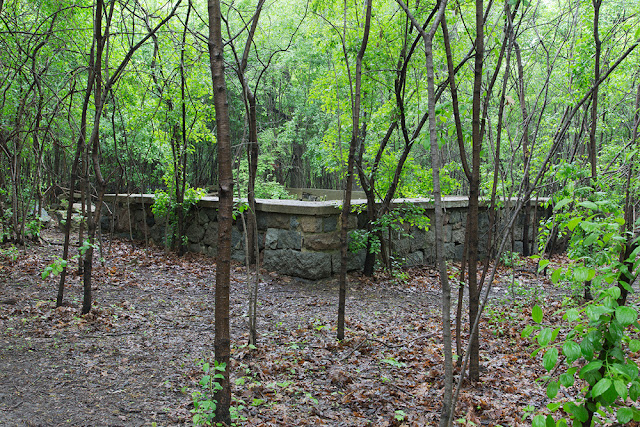 The Landslide designation recognizes that the southeast corner of the Milwaukee County Grounds, popularly known as Sanctuary Woods, is far more than a patch of woodland. Preservation advocates and development promoters alike have largely focused on its wildlife habitat and recreational value. As important as those things are, they do not tell the whole story. TCLF defines cultural landscapes as ones “that have been affected, influenced, or shaped by human involvement.” They can be repositories of cultural narratives and expressions of regional identity. Not only does Sanctuary Woods have a rich and compelling history, but fragments of that narrative are still evident in the landscape.

This story was first published at Milwaukee Magazine. Click here to continue. 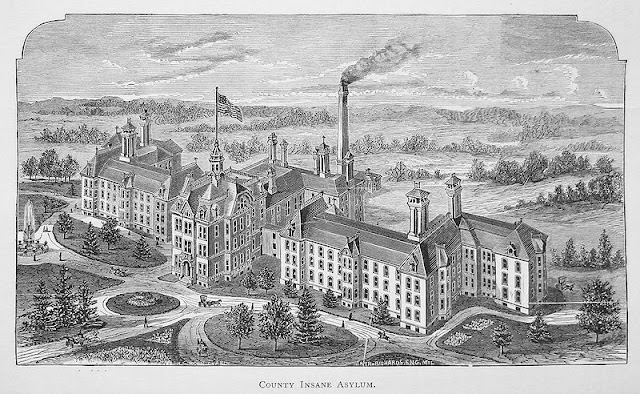