Between Park and Power Plant: 10 acres in Tosa

A look at the present and uncertain future of the parcel of land between County Grounds Park and We Energies' soon-to-be sold power plant.

One of the last remaining stands of mature trees, along with a valuable wetland, may yet be lost on the Milwaukee County Grounds in Wauwatosa. No, the compromise that established UWM’s Innovation Park development zone and County Grounds Park did not protect all of the undeveloped portions of the long-contested county land, as many have assumed.

Two unprotected parcels that are among the loveliest in what officially is known as the Northeast Quadrant are located immediately north of the We Energies power plant and Ronald McDonald House (A and B, respectively, on the aerial view below.) 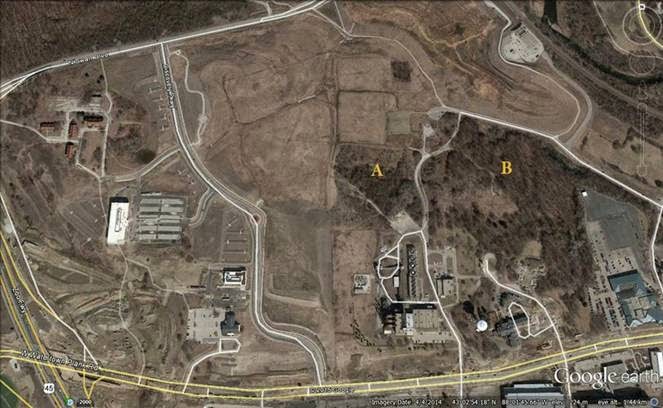 Last week the Economic Development Committee of the Milwaukee County Board voted to recommend the sale of the power plant to the Milwaukee Regional Medical Center (MRMC.) The resolution goes to the full board Thursday, March 26.....

To read the rest of the story please go to Milwaukee Magazine.

Here are a few photos that didn't get used by Milwaukee Magazine: 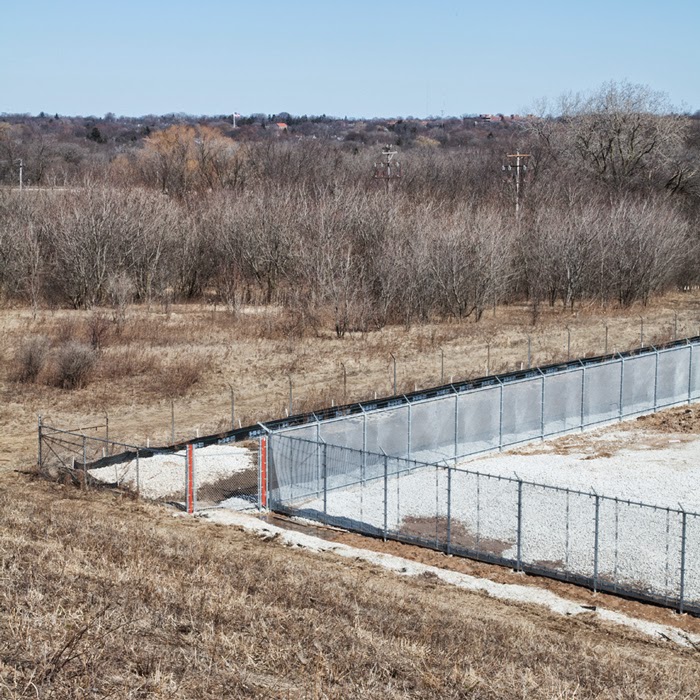 View from Innovation Park of the 10-acre woodland across the fence line enclosing the power plant. 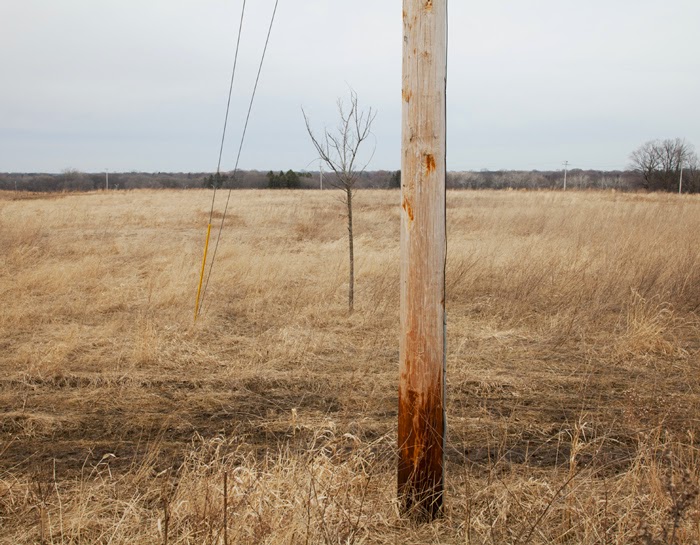 View north from the 10-acre woodland towards County Grounds Park. Recreational users prefer the woodland to this flat section of the park. 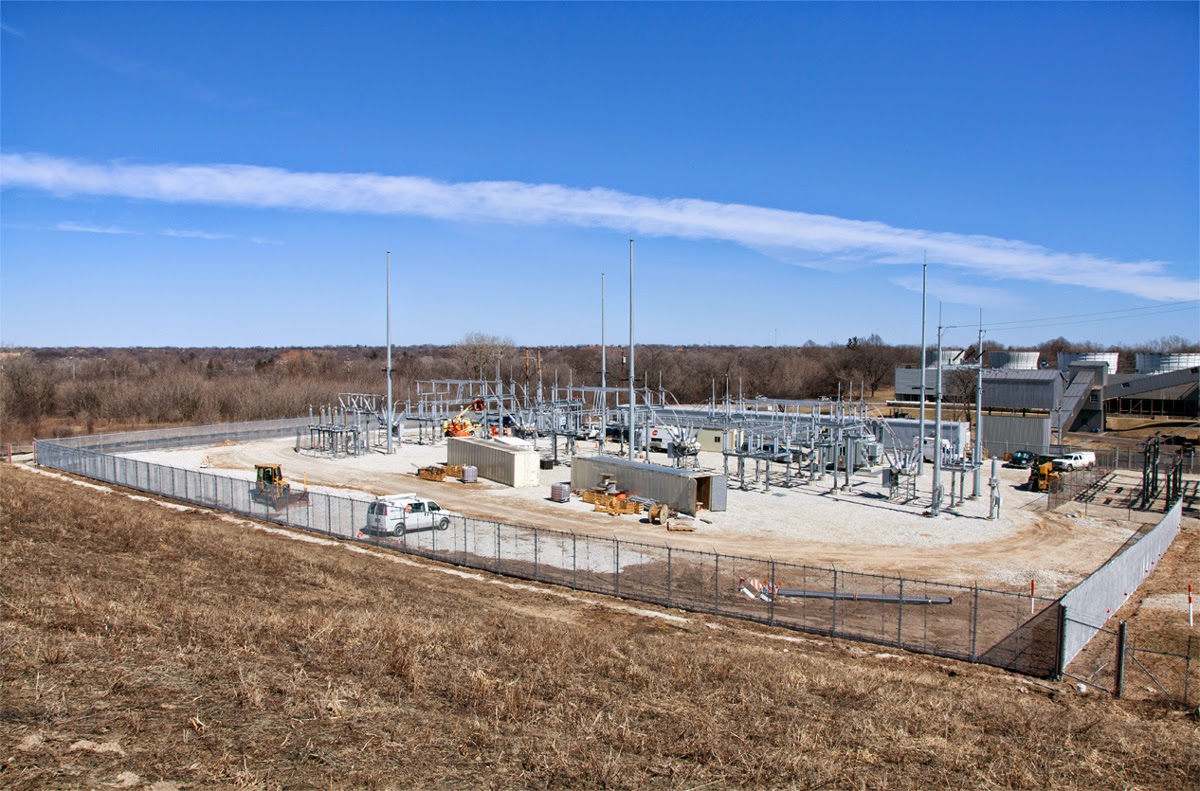 The newly built substation that supplies power to the MRMC (via power lines from the grid) in addition to that generated by the coal plant. Viewed from Innovation Park.

The following appeared in the Milwaukee Journal Sentinel on March 12. Thank you to the authors for their recognition of the effort. Vigilance is still required as some of the county supervisors may yet put forward another proposal to sell the park.

"Last week, Journal Sentinel reporter Don Behm revealed that the insurance giant spent $210,000 on five registered lobbyists hired to pitch the park sale ("Lobby bill for county park hit $210,000," March 6). Those eye-popping figures do not even include other paid consultants and in-house staff assigned to craft and promote the dubious deal.

"In contrast, a grass-roots network of alarmed citizens spent less than $1,000 to defeat Milwaukee's mother of bad ideas. Volunteers, including many newly engaged park defenders, rallied to protect this prime lakefront park. We mobilized other citizens, spoke at hearings, called, emailed and met with supervisors. Our tools were fliers, banners and traditional and online media. We championed the sacrosanct American principle that public parks are priceless and not for sale.

"The public had just a few months to stop an unprecedented park sell-off. Northwestern Mutual and county officials, however, had prepared since 2011. In July, 2014 they announced Northwestern Mutual's quietly negotiated offer to purchase the park — just before Wisconsin's fall election.
Dedicated Davids can prevail over deep-pocketed Goliaths intent on usurping public assets for corporate gain. Successfully preserving the common good is reward enough."


Full disclosure: I am a board member of Preserve Our Parks, which led the effort to save the park.

Remembering Leopold with sadness made acute by politics

The first weekend in March has been designated as Aldo Leopold weekend to celebrate one of Wisconsin's most famous and influential native sons. This little shack has become world-renowned because Leopold wrote his classic "A Sand County Almanac" there. Leopold was one of the earliest proponents of the new science of ecology, which taught that all things are interrelated. For the many people who rightly hold Leopold in high esteem as one of a long line of progressive Wisconsin leaders of all political persuasions, this Leopold weekend is a bitter one. 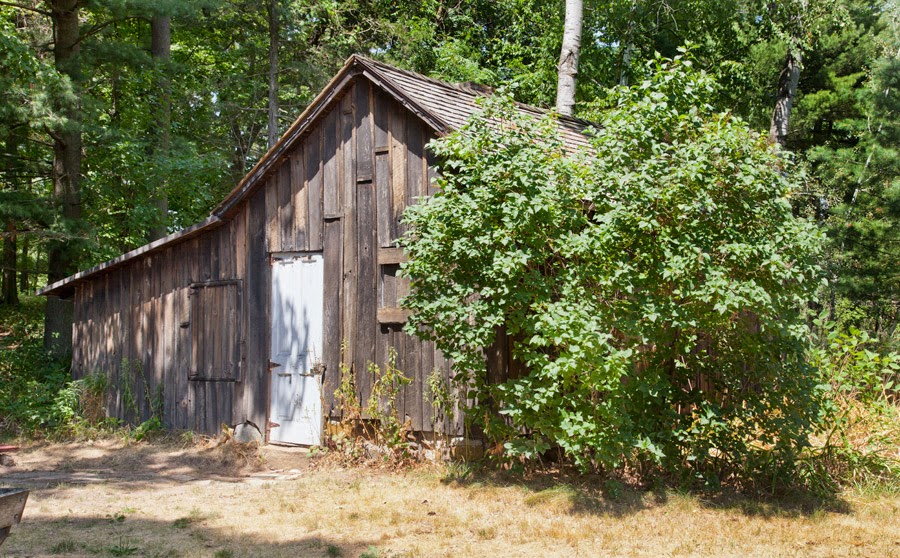 The politics of the current administration have turned our proud history of environmental stewardship on its head. Curt Meine, Leopold's biographer, wrote an op ed in today's Milwaukee Journal Sentinel that explains it better than I can. To read it at JSOnline, click here. (But to see my concluding photo, scroll on down!) Also, there is a public hearing in Milwaukee on Walker's proposed budget this Friday. Please attend and voice your concerns. Details below.


Wisconsin honors Leopold? Not this year.

"Since 2004, the first weekend in March in Wisconsin has been celebrated as Aldo Leopold Weekend. This year, a sober reality darkens the celebration. Leopold's legacy is under assault on all fronts. Gov. Scott Walker's proposed state budget undercuts the foundations of conservation and environmental stewardship that Leopold and so many others put into place over the last four generations.

"Leopold and his contemporaries worked to pass the Conservation Act of 1927. The act established what is now the state Department of Natural Resources and provided for an independent commission — now the state's Natural Resources Board — to oversee the department, select its secretary and set policy. The aim was to buffer decision-makers against the politicization of issues involving our lands and waters, forests and wildlife. In 1995, Gov. Tommy Thompson undermined this arrangement, turning the DNR secretary into a governor-appointed position. In 2010, Gov. Jim Doyle vetoed legislation that would have restored the independent secretary.

"Walker's budget pulls out the last cornerstone, turning the Natural Resources Board into a merely advisory body.

"Leopold recognized the acquisition of public lands as a necessary part of a balanced, long-term conservation strategy. The governor's proposed budget halts until 2028 any further land acquisitions and easements under the Knowles-Nelson Stewardship Program — named after former governors Warren Knowles (a Republican) and Gaylord Nelson (a Democrat), both known for their commitment to conservation.

"Walker's budget says: We will no longer make investments in our shared conservation future.
Leopold understood research to be "a practical and necessary basis for (natural resource) management" and devoted himself as a professor at the University of Wisconsin to strengthening the scientific foundations of conservation. Walker's proposed budget would cut deeply into the DNR's Bureau of Scientific Services, reducing by 31% the number of research positions.

"As the state's wildlife extension specialist, Leopold was devoted to sharing his expertise with the citizens of Wisconsin, exemplifying the Wisconsin Idea's goals of putting knowledge to work for the public good. He even spoke regularly on the precursor of Wisconsin's public radio network. The proposed budget cuts to the University of Wisconsin System and the Wisconsin Educational Communications Board will significantly impact the UW-Extension network and public broadcasting.

"As a teacher, Leopold understood that it all begins with education. In 1935, Wisconsin became the first state in the nation to require schools to provide instruction in conservation principles. Teachers around the state turned to Aldo Leopold. Ever since the state has been recognized as a national leader in the field. Now we are poised to go backwards. The budget abolishes the Wisconsin Center for Environmental Education and the Wisconsin Environmental Education Board (both housed at UW-Stevens Point). The budget also eliminates the authority and funding of the state Department of Public Instruction's environmental education consultant.

"At the University of Wisconsin, Leopold taught farmer's short courses, undergraduate students and some of the first graduate students in the new field of wildlife ecology and management. His influence on conservation science continues to ripple out across the state, the nation and the world. Walker's extraordinary $300 million cut in funding to the UW System affects every campus and department and program, and ultimately every citizen, in Wisconsin. Leopold's words remind us that, in a state where the university is so close to the core of our identity, such cuts will affect not only our fellow citizens and future generations, but also our "soils, waters, plants and animals, or collectively: the land."

"Beyond these particular effects, Walker's proposed budget reflects a deeper, more profound failure to appreciate just how interwoven our economy and our land are and always will be. A healthy economy depends on healthy lands, waters and ecosystems, and on individuals, businesses and institutions that see, understand and honor these connections. Leopold had a visionary grasp of this basic fact. "We fancy that industry supports us," he once wrote, "forgetting what supports industry."
In too many ways, Walker's proposed budget is economically and ethically irresponsible. Generations of Wisconsin citizen-conservationists have protected, restored and sustained the foundations of our state's economy, communities and landscapes. In honoring Leopold, we honor all those who came before us in this never-ending work. In undermining their legacy, we earn the reproach of those who will come after us.

Curt Meine is author of the biography "Aldo Leopold: His Life and Work." He lives and works in Sauk County." 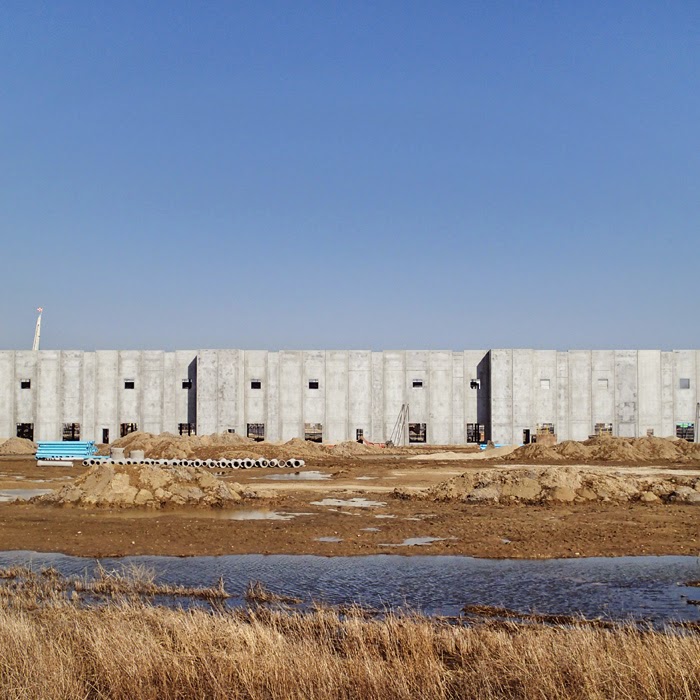 Is this the what the future holds for Wisconsin's natural environment?

What can you do?

A number of provisions in Walker's current budget proposal have nothing to do with the state budget and everything to do with gutting environmental policies and regulations.
Attend the public hearing for the legislature's Joint Finance Committee:
Friday, March 20th
10:00 AM to 5:00 PM
Alverno College
Pitman Theatre
3400 South 43rd Street
Milwaukee, WI 53234