Everyone complains about the potholes these days--with good reason! The unusually severe conditions this winter have combined with years of increasing government austerity (thanks to anti-tax political attitudes) to leave many roads in deplorable shape. Driving has become a little like what we saw in the slalom events at the recent Olympics. Only far slower (if you care about your car.) 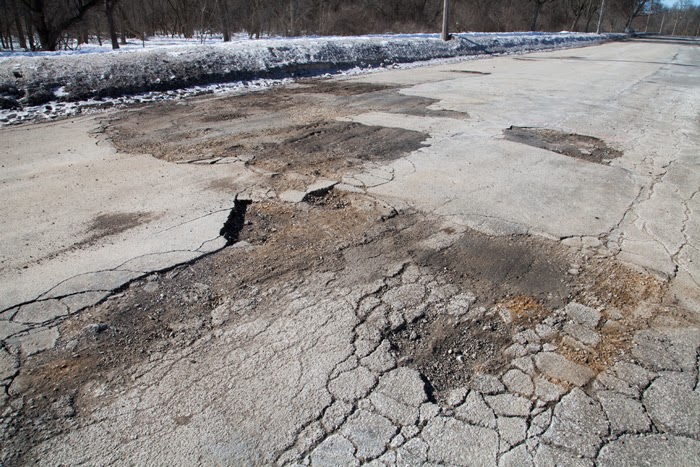 However, if you've tried to drive on the heavily traveled section of the Menomonee River Parkway between North Avenue and the Village of Wauwatosa in the past week you've noticed that a section is completely closed. If you haven't already heard, the closure is due to the potholes, which extend in several spots clear across the width of the roadway. As you can see in this example.

The closure isn't absolute. I've seen cars slip around the barricades on several occasions. In fact, there are residential driveways that must remain accessible in that stretch. Even so, I was surprised by the appearance of this Arctic Ice truck, which clearly had no business on the parkway even if it had not been closed. Trucking is not allowed on Menomonee River Parkway. The parkway was bad anyway--has been for years--and the plowing is largely to blame for the extent of the damage, I'm sure. But scofflaw truckers can't be a good sign. 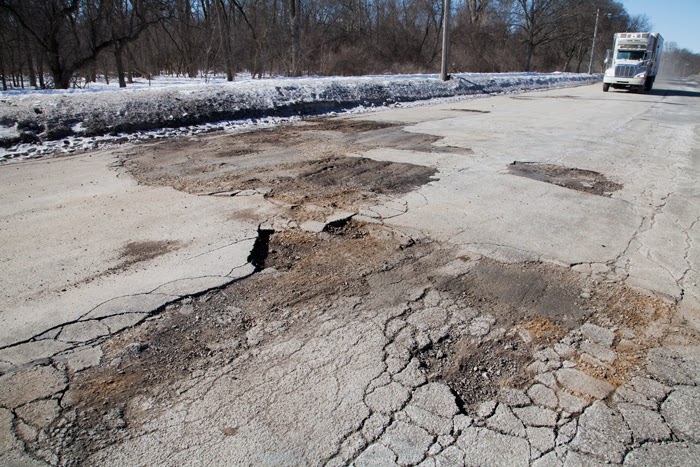 To read more about the parkway pothole problem in Wauwatosa NOW, go to "Menomonee Parkway a victim of potholes, crumbling pavement."
Posted by eddee at 10:04 AM No comments: 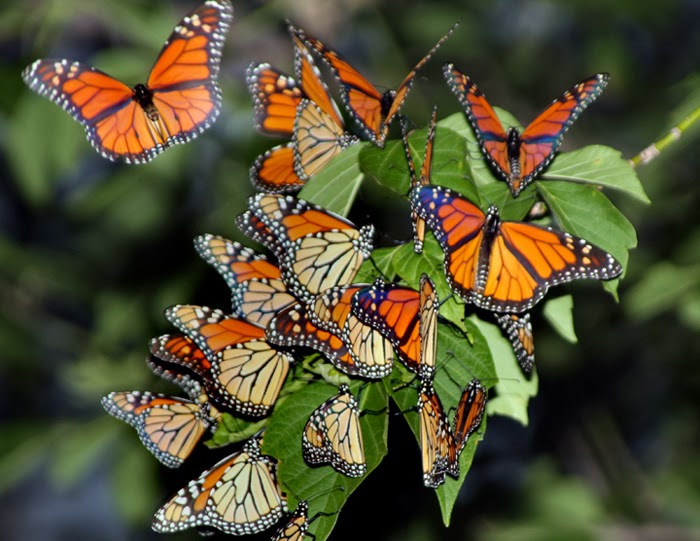 Followers of Urban Wilderness know that the Milwaukee County Grounds in Wauwatosa is among my favorite places. I try to keep abreast of ongoing developments. One of the most significant among many remarkable features of that diverse urban landscape is the Monarch butterfly migration. Historically, migrating Monarchs have roosted there in great numbers. It is one of the few known roosting sites in the region. The planners and developers of Innovation Park, UWM's research accelerator and business campus, have honored the phenomenon by setting aside an 11-acre portion of their development zone as butterfly habitat. And there is a dedicated group of volunteers who maintain the Monarch Trail for the ever increasing throngs of people who have discovered how beautiful it is.

Of course none of this is happening in February, so you may be wondering why I bring it up.

Last August, when it was happening, MPTV sent a camera crew to cover the story and interview some of the principle people involved. These include the indefatigable leader of the Friends of the Monarch Trail, Barb Agnew, and Sue Borkin, a biologist with the Milwaukee Public Museum. The video they created has just been released. You can see it on Adelante! 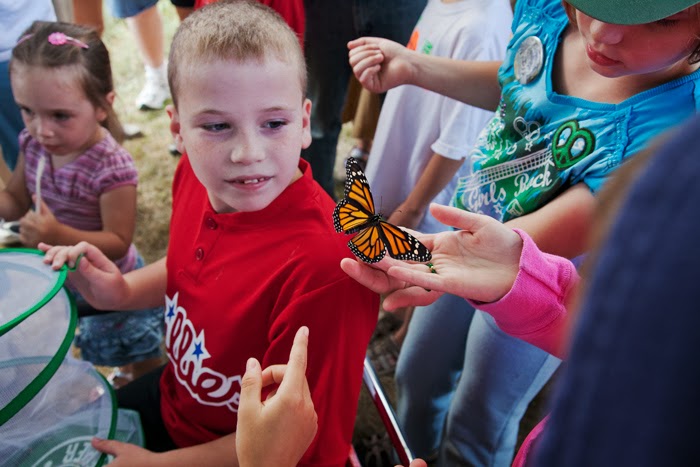 The video explains the unique character of the Monarch migration, the significance of the County Grounds as a stopover on that migration, and threats to the Monarch population and the continuation of the migration. These threats include the loss of critical species like milkweed (below), which is the Monarch caterpillar's only source of nutrients. The video also shows the Friends of the Monarch Trail leading the effort to involve more people in preservation and enjoyment of the site (above).

Although Adelante! is a Spanish language program, don't be deterred by the introduction, which is in Spanish with English subtitles. The people who are interviewed during the segment all speak in English. The Monarch segment is at the beginning of the program and lasts about ten minutes.

Check it out: Monarch Migration. 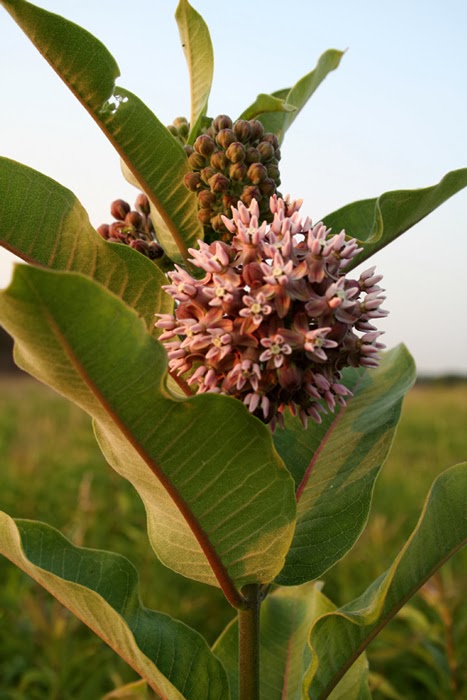 Cross-country in the heart of the city