Last Thursday I got back over to the Rotary Centennial Arboretum, which is still in progress along the Milwaukee River. Due to open in September, a crew from the nearby Urban Ecology Center was busily planting plugs to jumpstart the new growth. I shot a few pictures of them in action before a storm drove them--and me--indoors. (To read more about the arboretum, read my previous post: "how to grow an arboretum.") 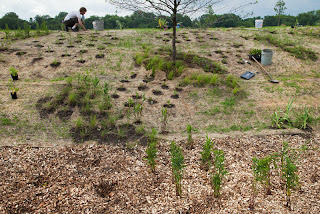 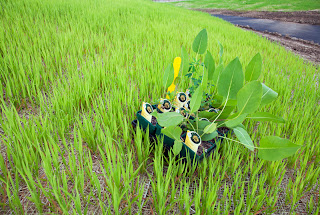 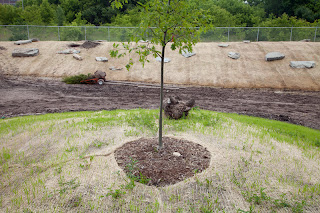 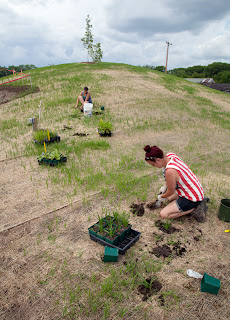 I've had milkweed growing in my yard for several years now. (The yard was landscaped with all native species, but the milkweed offered itself gratis.) Today, however, marks the first time I've witnessed a monarch caterpillar munching on one of them. Sweet! 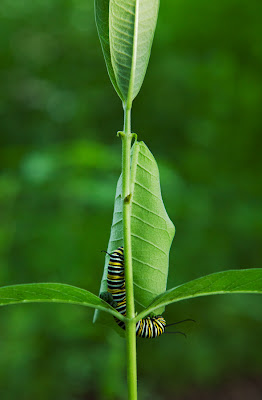 Desert Monastery knows how to do seclusion