The first thing I notice about the nondescript two-story brick building is the sign. Or, to be more precise, the wrong sign. I’m looking for Professional Placement Services (PPS). I check the address again. I’m at the corner of 12th and Mount Vernon and number on the building matches. But I see only “Signarama” in bright red lettering. I wonder how much privacy a collection agency needs. 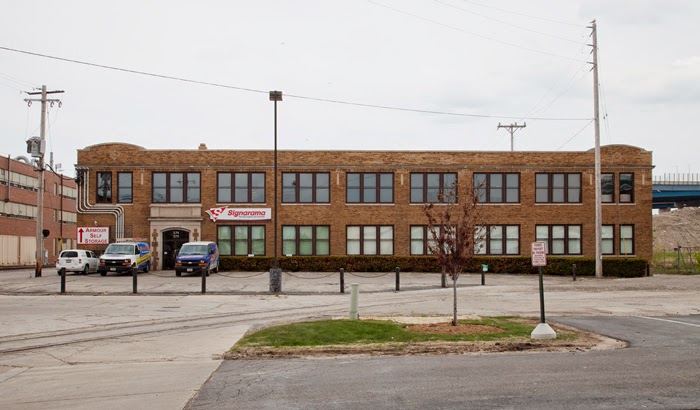 After confirming that I’m in the correct building the second thing I notice are the locks on the doors. In the main lobby I press the call button, identify myself and hear the familiar click of a lock disengaging. On the second floor I find myself in a glass cage confronted by another locked door and another call button. This time when I push it there is no answer. Immediately beyond the glass cage is a vacant reception desk. I tap on the glass, gingerly. To the concern for privacy add security.

The next thing I notice contradicts everything I’ve been seeing.

Please go to Arts Without Borders for the rest of this story and photos.


This post is one in a series that relates to my Menomonee Valley Artist in Residency. For more information about the residency and links to previous posts and photographs, go to MV AiR.
Posted by eddee at 5:02 AM 1 comment: