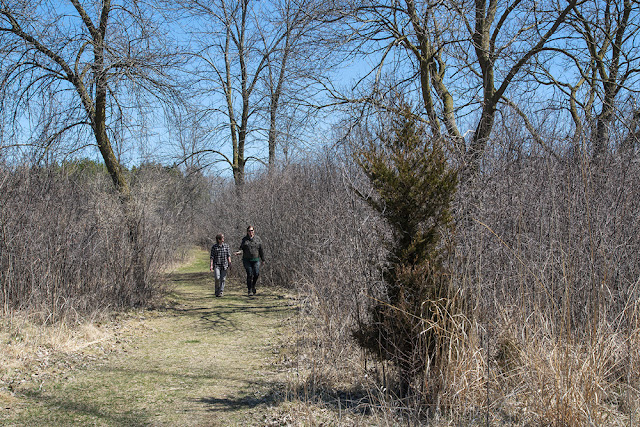 Where is spring? I have been complaining about this elusive season ever since moving to Wisconsin (many years ago now.) But this year has been particularly egregious (see last week’s post of the blizzard!) On Saturday, a scheduled “Spring Wildflower Hike” at Havenwoods State Forest caught my eye and so, with minimal expectation, I went to see if the premise of the theme would be confirmed or not. 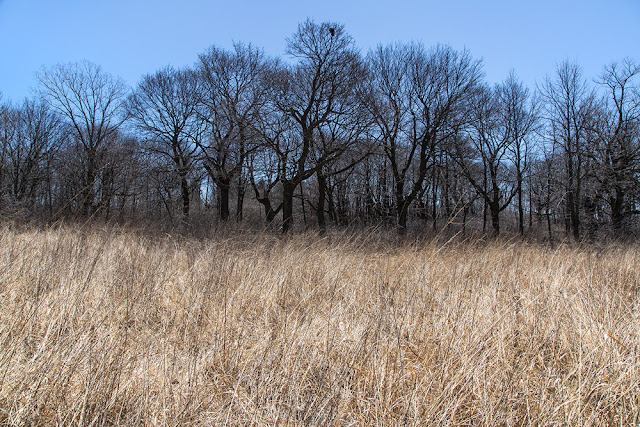 No, there were no flowers blooming, I was immediately informed when I arrived. The landscape was as sere and colorless as ever. Nevertheless, since I was there anyway I went for a walk and discovered that there were plenty of people out and about enjoying the park despite the delayed spring. 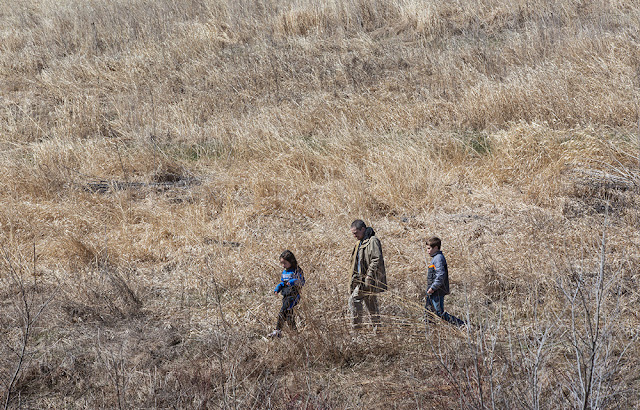 Nature can rejuvenate the spirit in any season. I have long believed that. 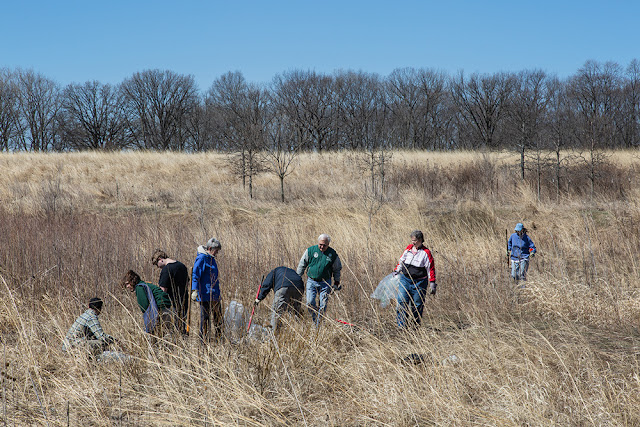 I didn’t wander aimlessly however. I was directed by park staff member Laura Spencer to where a group of Sierra Club members were working. They were digging up clumps of purple loosestrife, an invasive species. I learned that they were not digging them up in order to get rid of them but to take them back to the Nature Center and grow them. This came as a surprise until they explained further: The collected specimens would be grown in an enclosure so that beetles that are used to control the spread of the unwanted plants would reproduce and multiply. 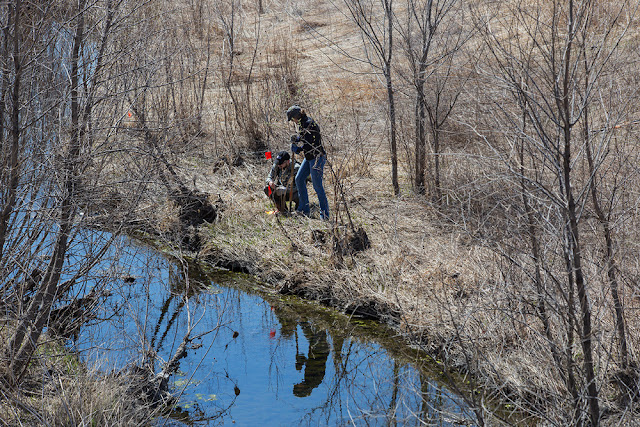 Later the beetles will be released back into the wild in the areas that are infested with purple loosestrife where they will act as a natural biological control. 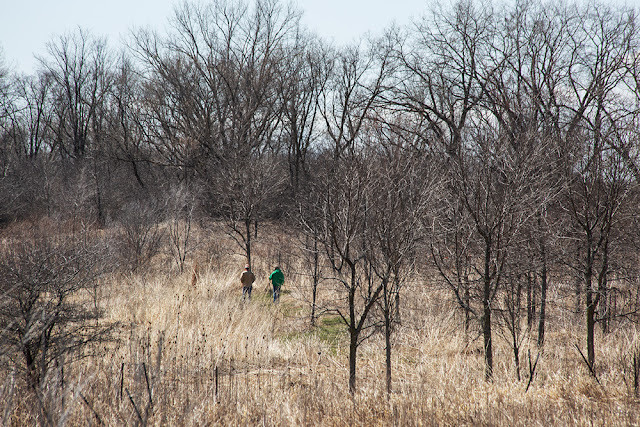 On my way home, I also stopped at McGovern Park, which is just across Silver Spring Drive from Havenwoods. Having been there in previous springs and delighted in a profusion of wildflowers I thought just maybe I would find a few early ones. 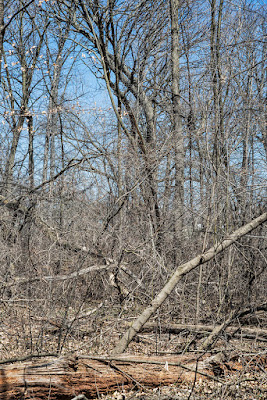 Most of the large woodlot there still looked quite barren, urban wilderness at its bleakest! I did see numerous shoots that I knew would bloom into lovely trout lily blossoms. But it would take another few days at least. 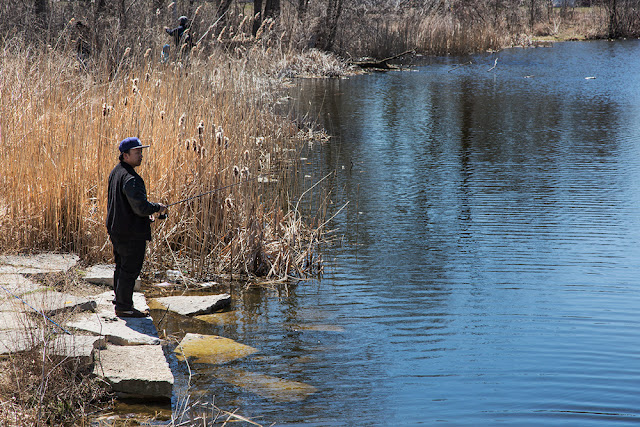 As at Havenwoods, however, the chilly temperature was not keeping everyone away. 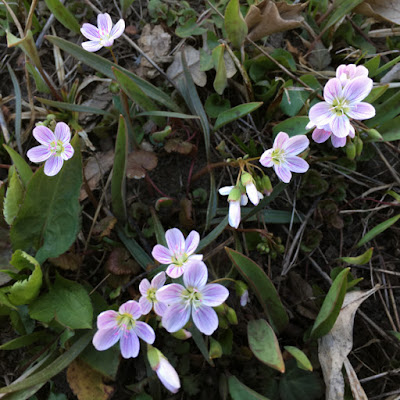 Just when I was about ready to give up on wildflowers I found a few. I almost missed them. Spring beauties are tiny and these were not in the woodland where I expected them. They had sprouted up in a grassy spot next to the pond. Vindicated, I went home reassured that real spring would soon arrive.

You can see last year's spectacle of trout lilies in McGovern Park in my column at Milwaukee Magazine on "Hidden Gems."