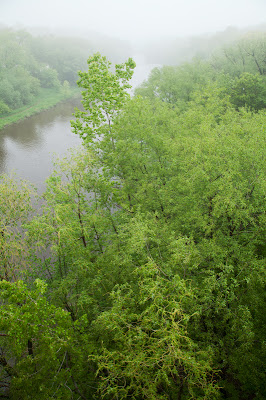 The view north from the Locust Street bridge in yesterday morning's fog.
Posted by eddee at 6:37 PM No comments: 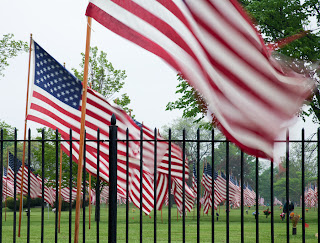 Wisconsin Memorial Park, Memorial Day 2013.
Posted by eddee at 8:00 AM No comments:

Spring at Starved Rock State Park in Illinois. It was my third trip to this curious park and the first when I got the full effect of the fact that it gets 4 million visitors a year. I was there on Mother's Day and apparently a LOT of people think the park is a great place to take mothers for Mother's Day. But the flowers were lovely, the falls full of water, and the beautiful chorus of migrating birds, audible when I was not too close to the crowds.

Here's a sample of the pictures I shot. (You can see more on my flickr page.) 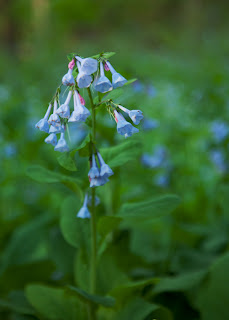 The bluebells were not only lovely but spectacularly plentiful in many parts of the park. 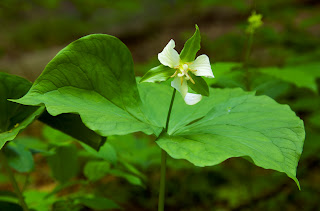 The white (and red) trilliums were harder to find. This one was in a shady spot not far from the head of St. Louis Canyon where hundreds of people were clambering about the rocks. 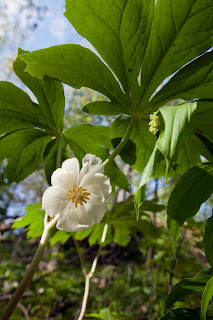 The May Apple blossoms are always hard to spot, being hidden below the large leaves close to the ground. Here's a worm's-eye view. There were large swaths of May Apples throughout the park, but most people walked on by them without a second glance. 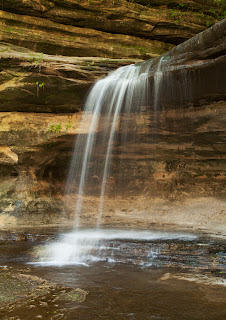 There were large falls, like this one in LaSalle Canyon... 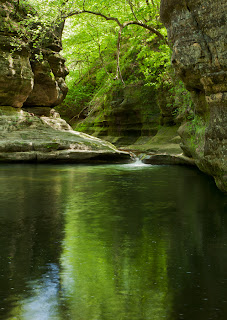 And small ones, like this one in Illinois Canyon. 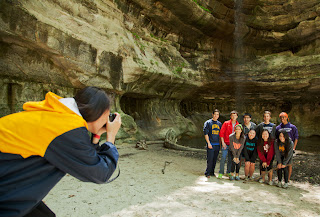 There were kids shooting photos of other kids... 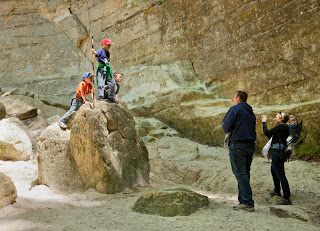 Parents shooting photos of their kids... 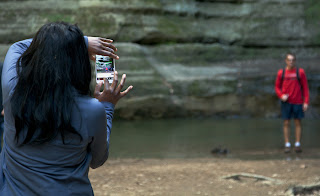 Lovers shooting photos of each other... 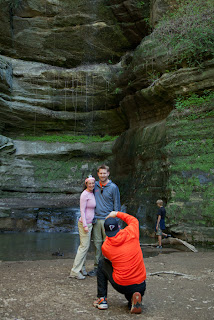 And strangers asked to shoot photos of lovers. 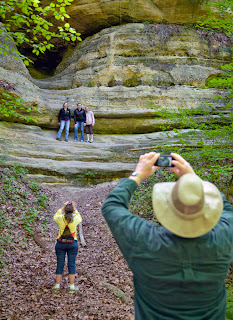 As the (presumed) parents stood there shooting, one of the three kids on the cliff called out, "Should we be doing this?" (There is abundant signage throughout the park prohibiting rock climbing.) 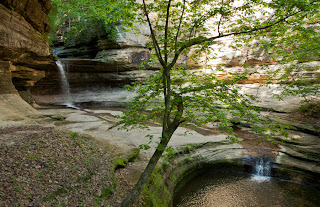 I went out early Monday morning, after the Mother's Day crowds had gone back home. For over two hours I had the park to myself. It was very peaceful.

To read my other posts from Starved Rock, click on the links below:
Off Season
The Abstract Wild

To see all of the photos from my three Starved Rock adventures, click here.

How to grow an arboretum 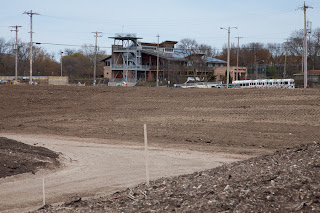 The Milwaukee Rotary Centennial Arboretum, as it is officially named, will have a grand opening on September 28, 2013. But you can visit it anytime to check in on the progress. It is located along the Milwaukee River between Locust Street and North Avenue and includes Riverside Park. The easiest way to access it is to park at the Urban Ecology Center.

To read about the arboretum, go to the UEC website.

In its broadest meaning, an arboretum is an intentional woodland. Of course, any woodland in an urban setting like Milwaukee must be intentional in the sense that its existence depends on preventing development that would destroy it. Fortunately, the Milwaukee River Greenway includes a wonderful amount of wooded lands. But an arboretum like the Rotary Centennial Arboretum is even more intentional. A quick glance at some of these images illustrate that significant portions of it are currently quite barren of trees. So, how does one grow an arboretum in a city like Milwaukee?

With patience, donations, and a lot of work, much of it by volunteers. With spring finally settling in (knock on wood), I went to visit to see the progress for myself. Here is a little taste of what I saw. 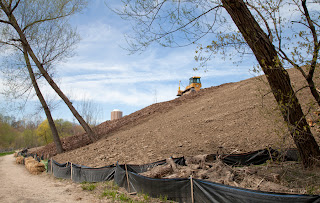 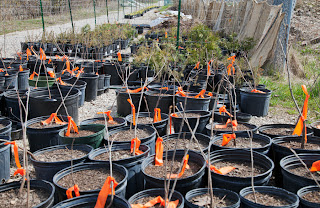 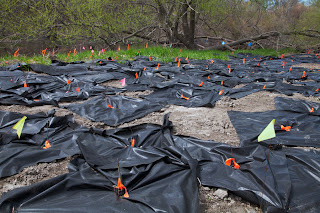 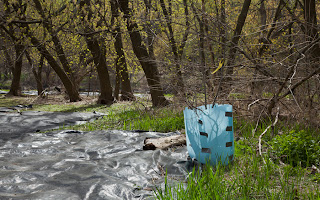 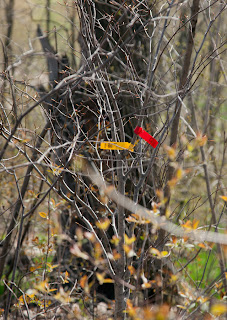 To read about the arboretum, go to the UEC website.
Posted by eddee at 7:45 AM No comments:

Another installment from London. This one is a bit longer than usual and I still consider it rough around the edges, but I wanted to put it out even in draft form. I hope you find as much enjoyment in it as I did both by being there in the first place and then by revisiting it in my mind as I wrote about it.