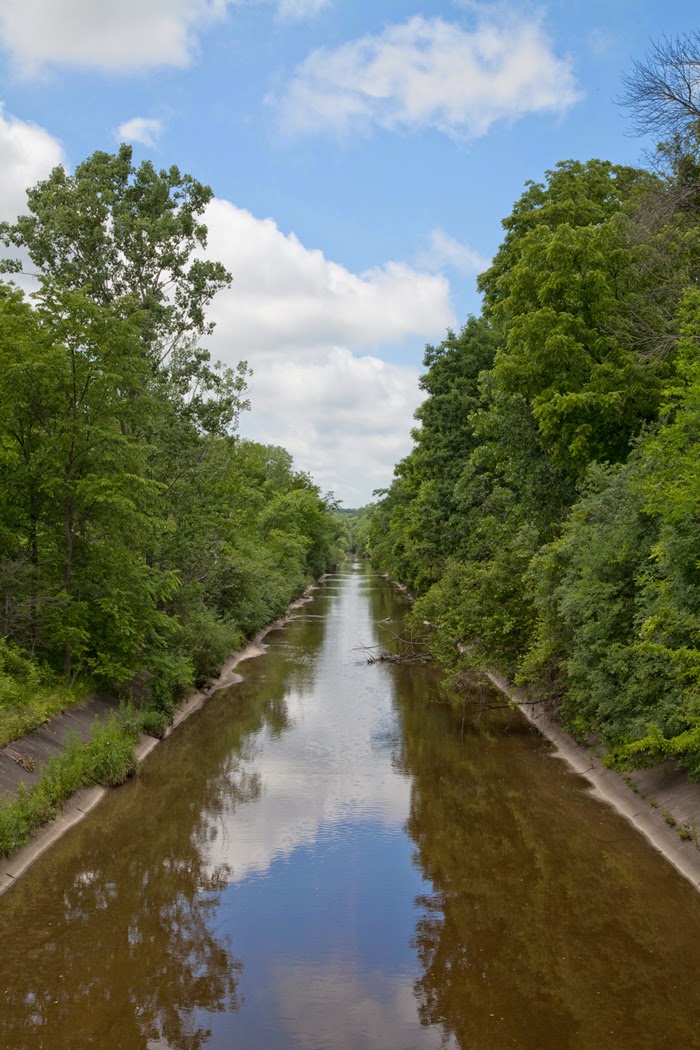 Those who have been following the Underwood Creek Parkway controversy about placing power lines through there to provide power to the proposed We Energies substation on the County Grounds know that permission was granted by the WI Public Service Commission months ago. (Read my original post describing the issues by clicking here.) 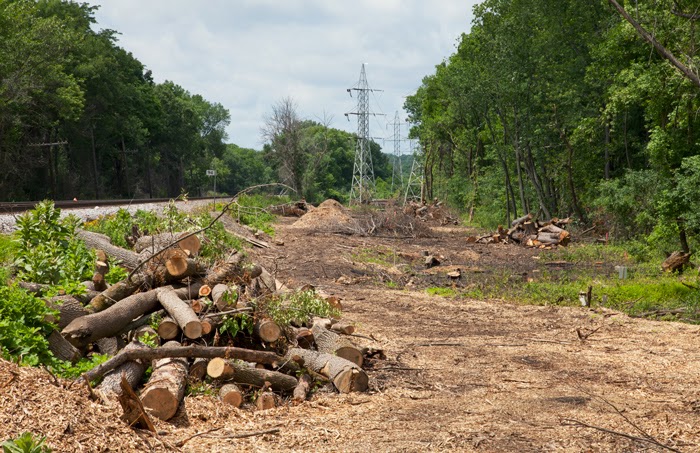 The work began in earnest recently. Wauwatosa, an officially designated "Tree City USA," is losing more of them. The power lines will run along the north side of the railroad tracks from the existing powerlines near 119th St. to 115th St. (above) They will then cross the tracks, the road, and Underwood Creek to follow the Oak Leaf Trail east of 115th St. (below) 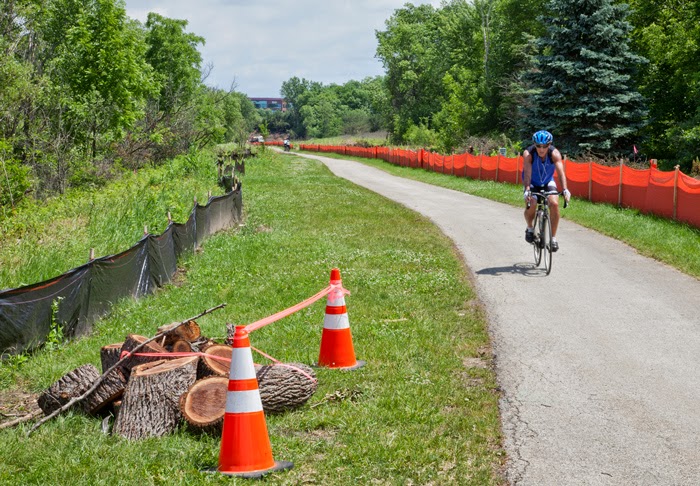 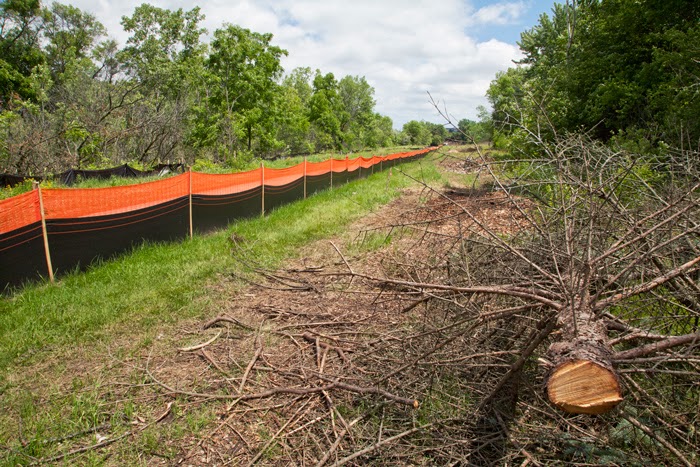 I don't know what is being done in the park between the Parkway road and the creek west of 115th, but something is. Construction fences surround many of the existing trees and cyclone fences surround at least two sections where work is being done. Here's what it looked like over the weekend. 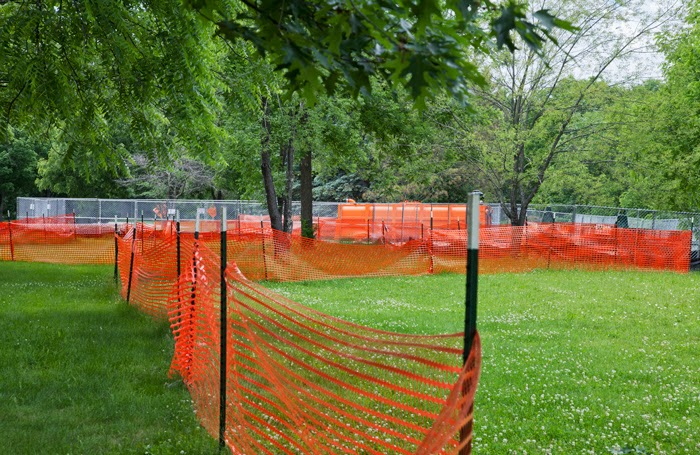 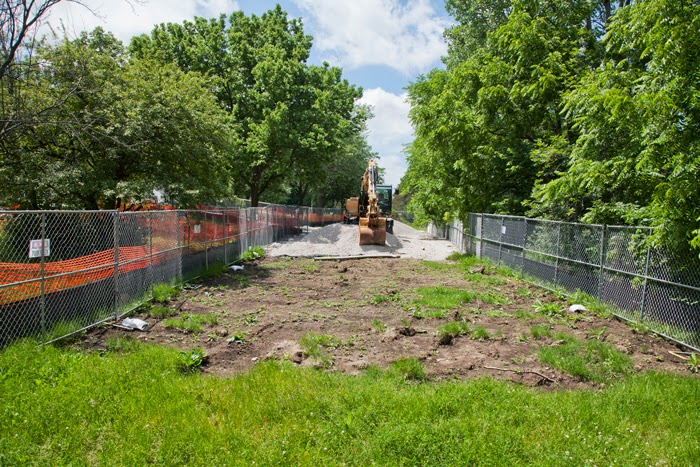