Mowing the zone at the Milwaukee County Grounds

It seemed like such a small request. Now one can only hope it isn’t an omen. 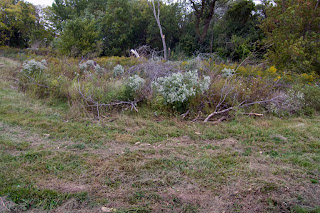 For the past few weeks hundreds of people have been coming every day to witness the phenomenon of the monarch migration at the County Grounds in Wauwatosa. It’s been a very good year. The monarchs have chosen this particular spot for their unfathomable reasons – as unfathomable as the notion of generations of fragile butterflies making their way by instinct alone from Canada to Mexico. But there’s no mystery as to what they need to survive here in this place. They need the right combination of geographic features—water, trees, shelter—and hospitable vegetation. All of it happens to exist, in some small measure, on the hilltop surrounding the decaying Eschweiler buildings right here. 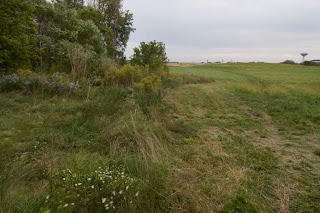 When UWM applied to the City of Wauwatosa to rezone the 89 acres Milwaukee County agreed to sell to them they laid out a compromise development plan that designated 11 critical acres around the Eschweiler complex as wildlife habitat. Their plan was approved by the Common Council amid much discussion of the value of the monarch migration to the community. UWM assured everyone that they would be good stewards and members of the Common Council proudly maintained that this would be a “win-win” for all parties: developers, conservationists, taxpayers, etc. 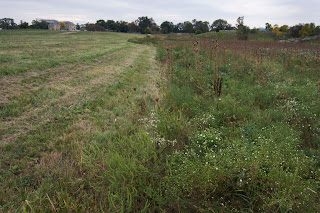 The 11 acres has remained untouched and suitably wild for the wildlife to gather in great numbers. However, since the butterflies recognize only actual conditions on the ground and not zoning boundaries, they have wandered freely over the entire 89 acre development zone, which had gone unmowed since earlier in the season and therefore contained attractive wild flowers. 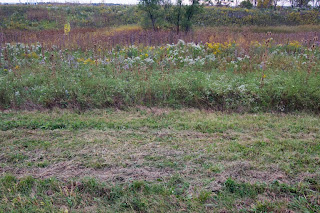 And so the small request: Barb Agnew, the director of the Monarch Trail asked the contractor responsible for mowing to hold off until after the bulk of the migration had passed on through in October. The supervisor in charge, understanding the issue, consented eagerly. Despite this agreement in principle, a county worker who was “just doing his job” went ahead and mowed anyway. The supervisor noticed the accident before he was finished and put a halt to it but he’d already obliterated significant areas. Much of it was a swath immediately surrounding the habitat area (as can be seen in these images.) 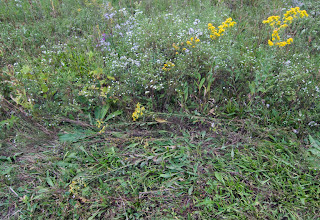 And for what? Why mow at all? The tall grasses that grace the protected habitat and the new county parkland to the east are so much more beautiful, so much richer in color and texture, so much more attractive to wildlife. Mowing lawns is an anachronistic legacy of our colonial past, derived from the traditions of the English manor house. We mow to tame the landscape. It is a metaphor for our relationship to the earth. We don’t want an unruly landscape, just as Imperial Britain didn’t want unruly colonies. We fought to attain our freedom from England only after internalizing her values. We need some wild places—some urban wilderness—in which to roam, to daydream, to watch the butterflies. 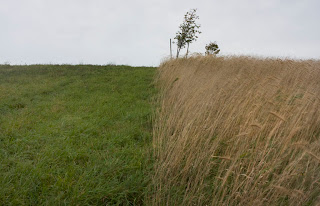 What good are the assurances of good stewardship if an hour’s labor can, by accident, ruin those intentions? Good intentions cannot prevail over a culture that does not prize stewardship, a culture that hasn’t adopted Aldo Leopold’s land ethic. At all levels, corporate and governmental on down to every individual citizen and county laborer, we need to understand that we have paved enough, we have mowed enough.

There are places we should leave for the wildflowers and the butterflies. Those places are for us, too. Let us break the cycle wherein the default action is to mow rather than to let it be. 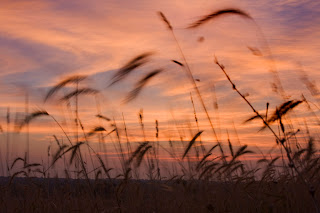 A prairie sunrise on the County Grounds
Posted by eddee at 3:04 PM