The public is discovering the Milwaukee County Grounds

Until recently, the only people I ever met out on the Milwaukee County Grounds in Wauwatosa were dog walkers. Then word began to get out about the butterflies. (I’m happy to have helped do that, but, of course, the most credit goes to Butterfly Barb Agnew and her stalwart Friends of the Monarch Trail.) Now on any given night there will be dozens of people out along the trail in addition to the usual dog walkers. Tonight was balmy, mild and calm. Tonight there must have been over a hundred people there. 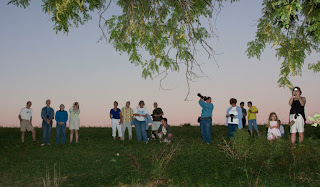 The monarchs, who don’t always appear, did not disappoint tonight. Large clusters formed in several places where copses of trees remain in isolated patches on the land that is slated to be developed as part of UWM’s planned Innovation Park. Large clusters of people formed underneath these clusters of colorful insects, many of them pointing cameras and fingers; some merely watching in awe. Some of the branches seemed to be dripping with hundreds of butterflies.

Many of these people are newcomers to the Monarch Trail and the County Grounds. They often express their amazement at the open land, the views, and the peacefulness of the place. Of course, these feelings are dear to me, but it is wonderful to see so many folks discovering it for themselves. They invariably express other feelings--of concern; sometimes stronger feelings--for what development plans might do to this exceptional place.

Wauwatosa has a treasure here and it draws people to the community once they know about it. 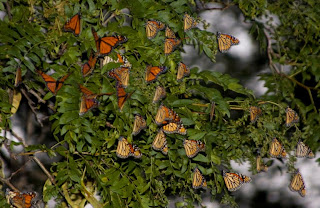 I’m not delighted with my own photos this time. I’m sure there were others there tonight who got better shots of the butterflies. (People who see me there always ask if I got good ones and I always reply “we’ll see later” or something equally noncommittal. I’ve learned not to count these chickens before they appear on the computer screen.) 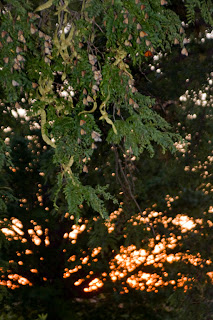